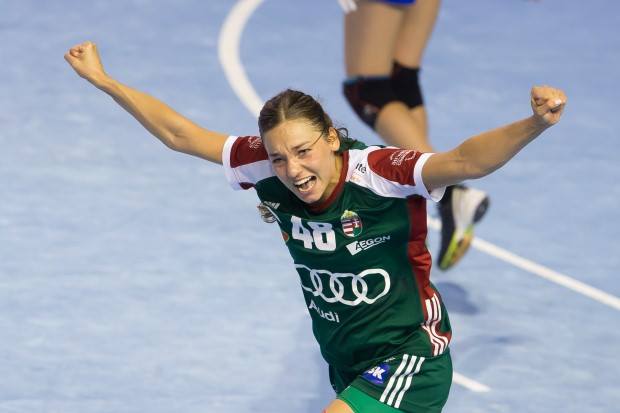 Győri Audi ETO KC has officially announced that Dorottya Faluvégi (FTC) has signed a contract for 3 years with the club. She will join Győr from this summer. She is a rightwinger, will share playing time with Bernadette Bódi and Jana Knedlikova.

The 20-year-old Faluvegi was a member of the Hungarian junior national team which won the World Championship last summer in Debrecen and she also was in the All-Star team as she was elected the best rightwinger of the tournament.

” We always aim to have the best players in our squad and Dorottya Faluvegi has convinced us with her performance that she earns a place in our team. She is a very young, national team-player, but she already has a lot of experience. We believe that we will have a succesfull collaboration. The contract was signed for two years, but can both parts can end it or continue it after 2 years.”- says Csaba Bartha, the club manager of Gyor.

“I was really glad to hear that the club is interested in signing me. I know them very well, and their goals are the same every year. I think that it was the time for me to move on, and I am eager to prove my qualities in one of the best clubs in the world. The work will start this summer, and until then I will give everything for my present team.” – Faluvegi comments the transfer.