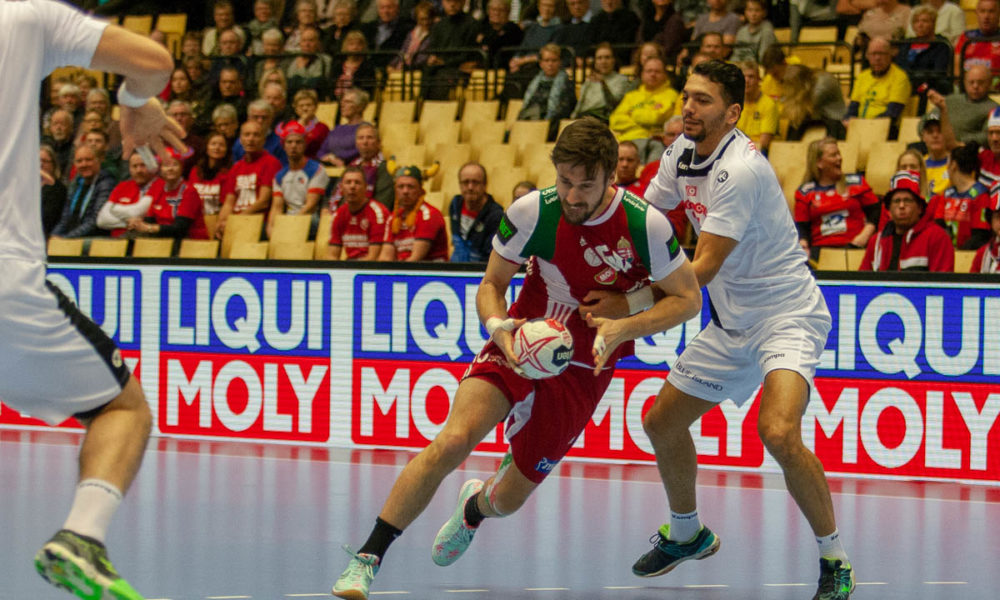 photo: Bjørn Kenneth Muggerud
Lékai become a father and the player of the match against Tunisia when Hungary wins today

Hungarian playmaker, Máté Lékai was awarded the best player of the match when Hungary defeated Tunisia tonight 26-21, scoring 7 goals and making many chances for his teammates.

Lékai spoke about his day: early today he took a private jet from Billund Airport, traveled to Hungary where his fiance gave birth to their son, at 8 o’clock in the morning. After that, Lékai took the flight back to Denmark to reach the very important game of Hungary against Tunisia where he steered his team to a victory.

“I had a crazy day, I did not sleep at all, but becoming a father and winning here, this makes this day, the best day of my life!”-sais Lékai to Danish tv2 after the match.