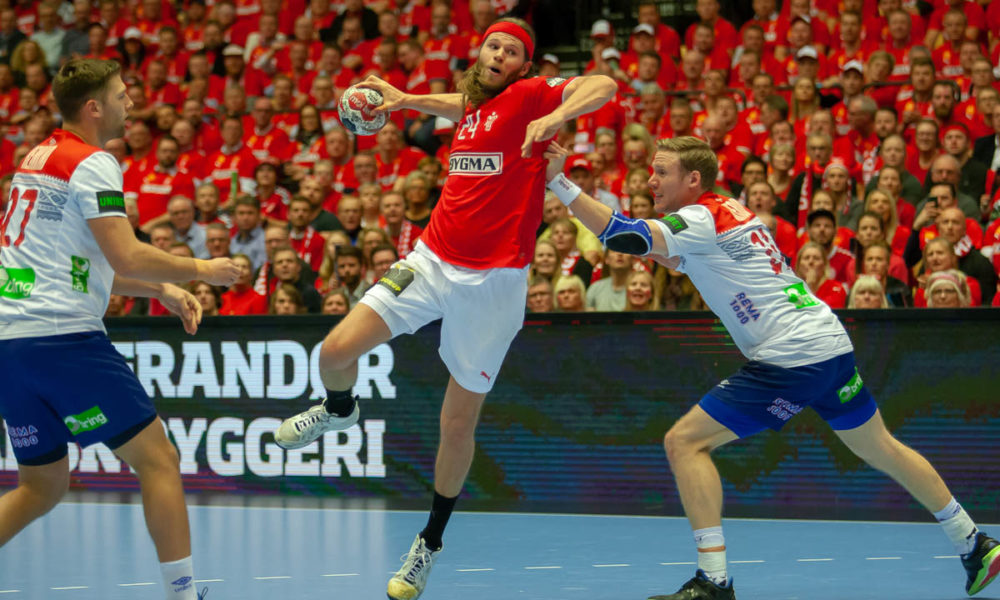 photo: Bjørn Kenneth Muggerud
Denmark and Germany are in the semifinals after victories in the last Main Round Matches

In front of 15ooo Danish fans on the stands, Sweden had the lead in the entire first half against Denmark, but before the break Danes equalized 13-13. In the second half with an improved attacking play and goalkeeper performance, Denmark took the control of the game, took the lead with 2, 3 then 4 goals and won the match. This means that Sweden is out from the semifinals, Norway is qualified to teh best four.

Germany already qualified to the semifinals and topped the group also before the match. But the two teams played an even game, an exciting handball in front of a fully crowded Lanxess Arena. Germans controlled the match in the second half and took the victory by one-goal.

In the dying minutes of the match, Daniel Doushebajev suffered a knee injury, which seemed to be serious.