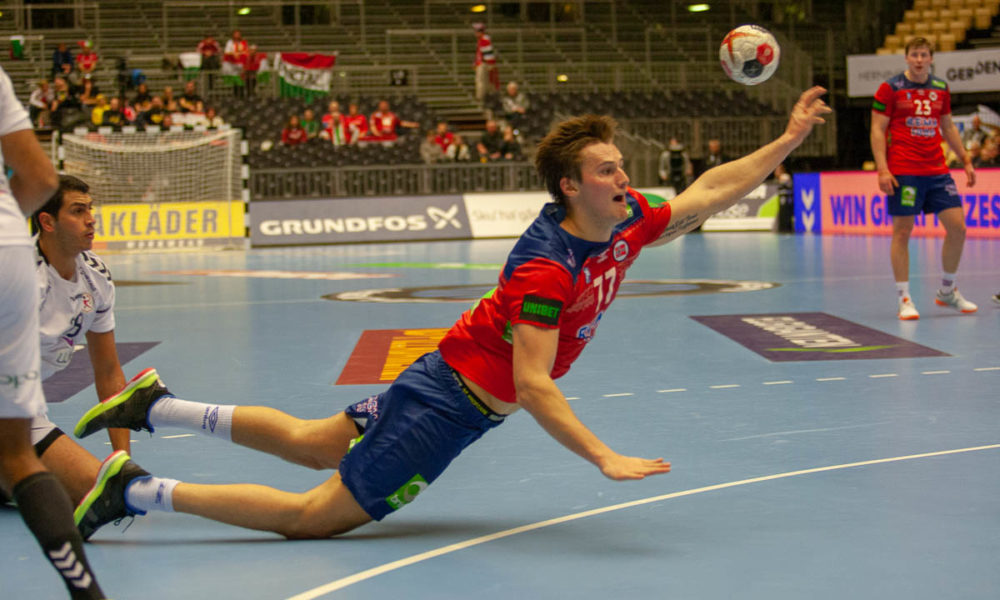 Co-hosts Germany meets Norway in the second semifinal, where it was expected a tough handball match, with a German defense which looks like street fighters against a quick Norwegian team, being comfortable to run in fastbreaks. The entire first half was an even encounter, where Magnus Rød was the best Norwegian scorer, meanwhile, Germany was kept in the match by Gensheimer and goalkeeper Heinewetter in the last 10 minutes. Many suspensions from the referees, some of them could be also red cards instead when Gensheimer made a fault on Sagosen in full speed. Norway has Myrhol, making troubles in the German defense, Germans had Wiencek, fighting and stopping whoever comes in his direction. Norway has a two-goal advantage before the pause.

In the second half Norway managed to increase the lead despite an aggressive German defense, Rød got a smaller injury but he came back to the court and continued the extremely good play for Norway. Sagosen made the rooms for his teammates, especially Myrhol got many clear chances and converted these in scorings. Germany tried to reduce the gap, but the team of Prokop did not manage to come closer than two goals difference. Magnus Abelvik Rød got injured again, this time seemed to be more serious, but Norway did not give any chance for Germans, winning very comfortable in a match which was exhausting to watch.

Conclusion: the technical, speedy, creative and good handball won over the physical fighting.

Player of the match: Bjarte Myrhol (NOR)