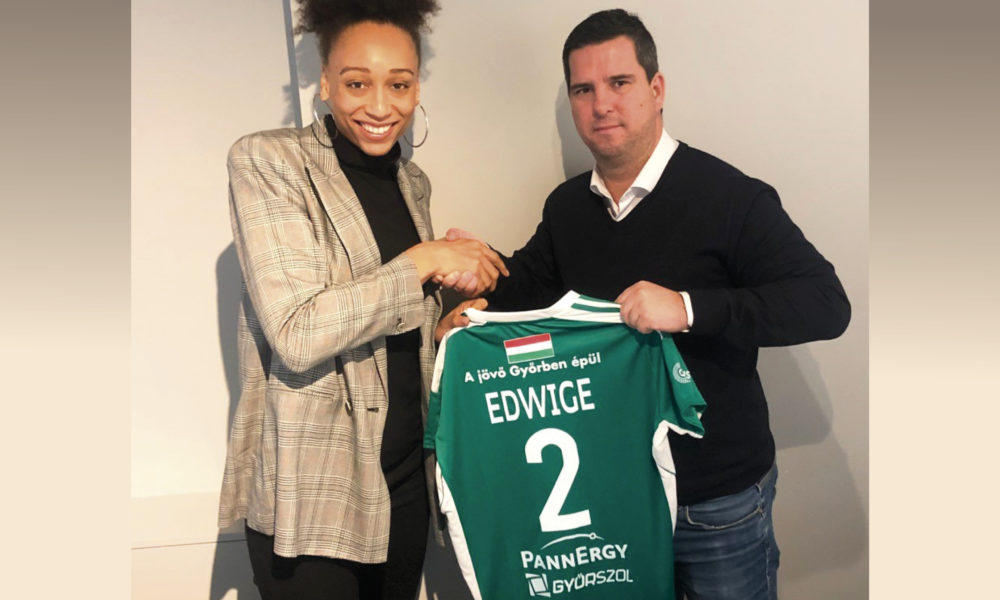 Győri Audi ETO KC has officially announced today that French line player, Beatrice Edwige is the new line player of the club beginning from the next season. She signed an agreement with the green-white power from Győr for 2 years.

Beatrice Edwige (30) currently plays in Metz and she is current European-and World Champion with the French national team, as she also won the silver medals at the last Olympic Games in Rio 2016.

“After some fantastic years in Metz, I felt that the time has come to step up a level. I was surprised but also very glad to hear that Győr is interested in signing me. We are speaking about the best team in the world and they are always aiming to the top in every competition. I am sure that every player would join this club without thinking. I like how people in Győr are approaching handball and is also important that I can work together with some fantastic players. I have already played as an opponent in Győr, it was overwhelming. I join the team to win everything!” – Edwige comments the transfer.

Odense, Metz and Buducnost with Home victories
Görbicz in Győr for 2 more years