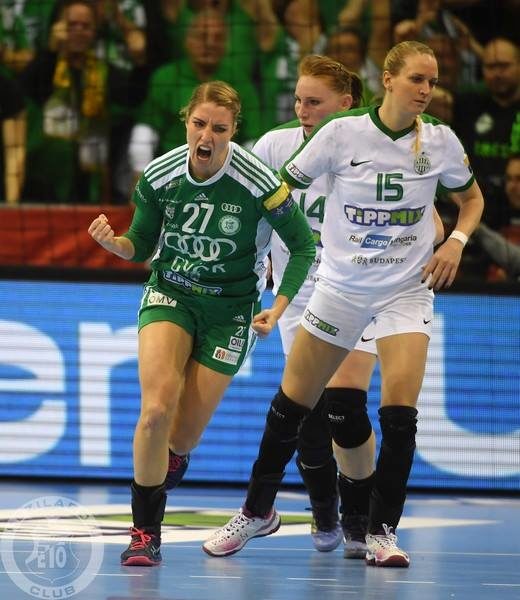 Hungarian derby between FTC and Győr is always a spicy one, this time was scheduled in the Main Round of the CL. The match was played in Érd, the court which this year FTC use for CL marches.

Absences from Győr: Eduarda Amorim, Nora Mörk and Csenge Fodor, meanwhile Danick Snelder, Djurdina Malovic, Bobana Klikovac are on the injured list for FTC. Anikó Kovacics, was ill today, she was sitting on the bench without any playing minute.

In the first half FTC was in lead almost during the entire time, Győr did not find the right pace and the gaps, also Bíró had a good performance in the FTC-goal. After 8-8 FTC took the lead and increased it 12-9 and 15-11 (the biggest difference in the first half), but before the pause, the result was 16-15. FTC had Kluber, Hafra, Schatz,  and LUkács having a good match, meanwhile Győr was struggling, missing on clear chances and making turnovers, only Nycke Groot and Veronika Kristiansen were focused enough.

At the beginning of the second half, FTC took a flying start, scoring quickly five goals, receiving only one, 21-16. The coaching staff of Győr seemed to not be able to make the required changes in order to improve the defense, Kiss replaced Leynaud in the goal, but the lead of FTC was persisting. Groot, Oftedal, Kristiansen, and Hansen pushed themselves in the second half and after an apathetic period, Győr reduced the gap an in the last five minutes equalized, several times, winning one point on the away court against FTC and keeping their undefeated status in CL so far this season.