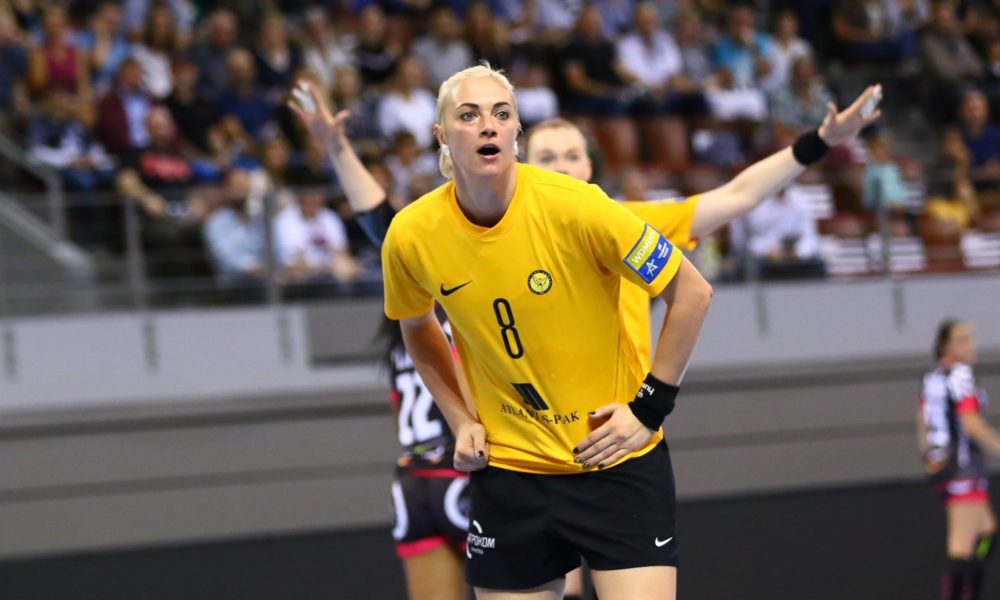 Rostov Don lost last week against Metz in France and Anna Vyakhireva suffered an injury on her shooting arm, so she was not able to play today, other absences were Polina Kuznetsova also a hand-injury, Ana Paula Rodriguez and Regina Shymkute. Vladlena Bobrovnikova was back in the squad after childbirth. Buducnost missed in today’s game Dijana Ujkic.

The match was a tight one, with two compact and aggressive defenses, therse being awarded totally with 17 2-minute suspensions and two red cards during the game. The pace of the game was not very high, there were many mistakes and a low number of goals. Rostov had a two-goal lead after the first half and even if Buducnost fought hard in the second half and managed to equalize, Rostov kept the two points home due to an inspired Mayssa Pessoa in the goal and Anna Sen scoring 8 goals.