Győr finished the Main Round with victory 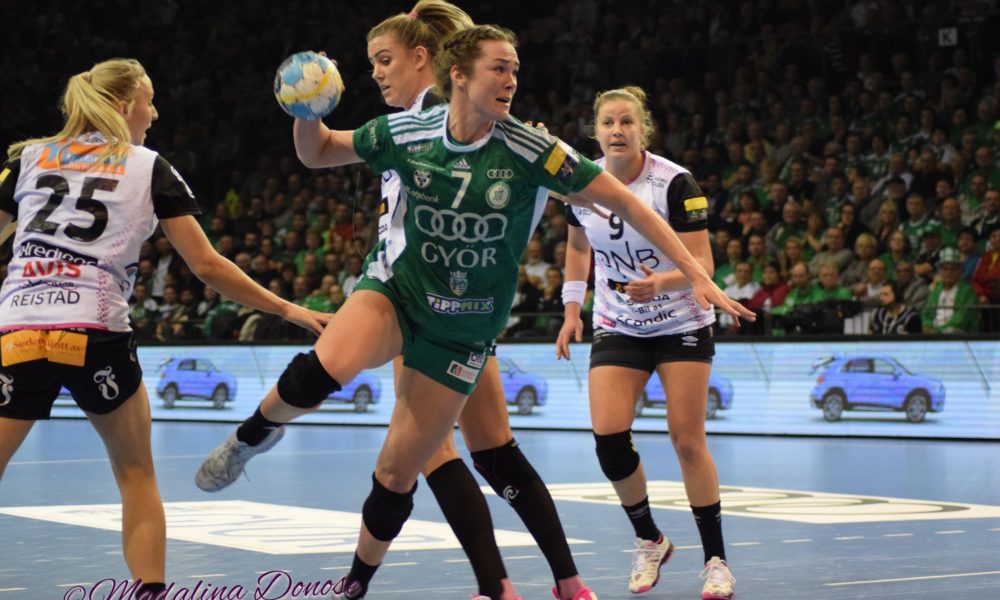 photo: Madalina Donose
Győr finished the Main Round with victory

Before the match is already known that Győr is the winner of this group in the Main Round and they will play the quarterfinals against Odense HC, meanwhile Vipers is on the second spot of the group and will stay there even if they lose today, due to yesterday’s result from Bucharest where THC collected one point. Vipers will meet Buducnost in the quarter finals of CL, the Montenegrins has finished on the third place in group I. The two teams qualified from the first twomspots of the group have the right to play the second leg of the quarter finals on homecourt.

The first half was a balanced and close one, where the two teams chased each other during the entire time. Two goals were the biggest lead for Győr, but Vipers had also advantage at 10-9. Half time: 17 – 17.

In the second half guests had much better defense and their offensive play had also worked more fluently, managing to take the lead and increase it. Győr won the game 26-33.