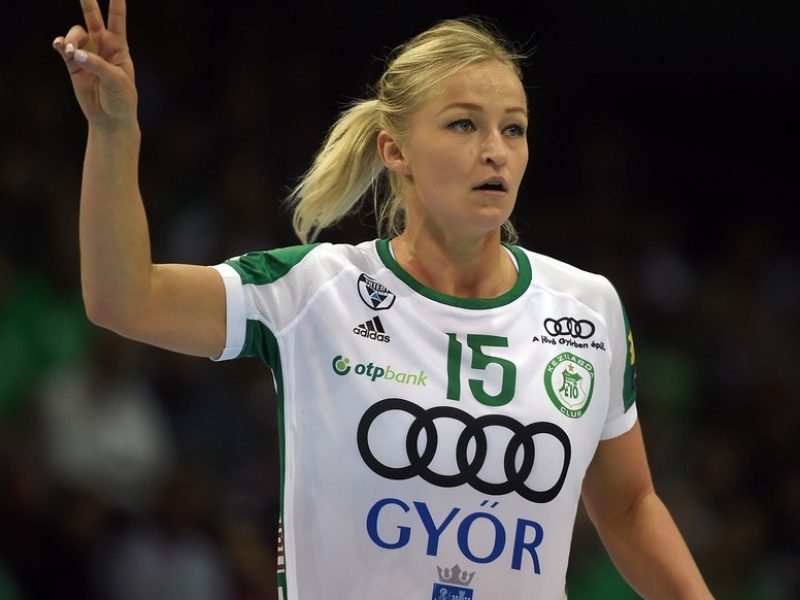 In the first leg of the quarterfinals everybody was expecting Győr to win easily, as they have a stronger squad. The expectations seemed to be reached when in the first half Győr showed a compact defense and they punished with goals every wrong movement of their opponent, 13-18 before the break.

In the second half the Hungarians continued their impressive handball, but they had problems in defense and the goalkeeper position was not stabel either, even if the coaches tried all three goalkeepers (Leynaud, Grimsbö and Kiss). In the middle of the second half Győr had a huge and long downturn when Odense made a very strong ten minutes and a ” 7 – 0″, with Bakkerud on fire. From 18-25, Odense equalized 25-25 and took the lead 27-26, but Győr seemed to be calm. Led by an amazing Stine Oftedal, scoring in the dying minutes twice and the saves from returning Leynaud in the Hungarian goal let Győr to get the victory, being pushed hardly and near the edge by a very eager Odense. The second leg in Győr will not be boring either, for sure.