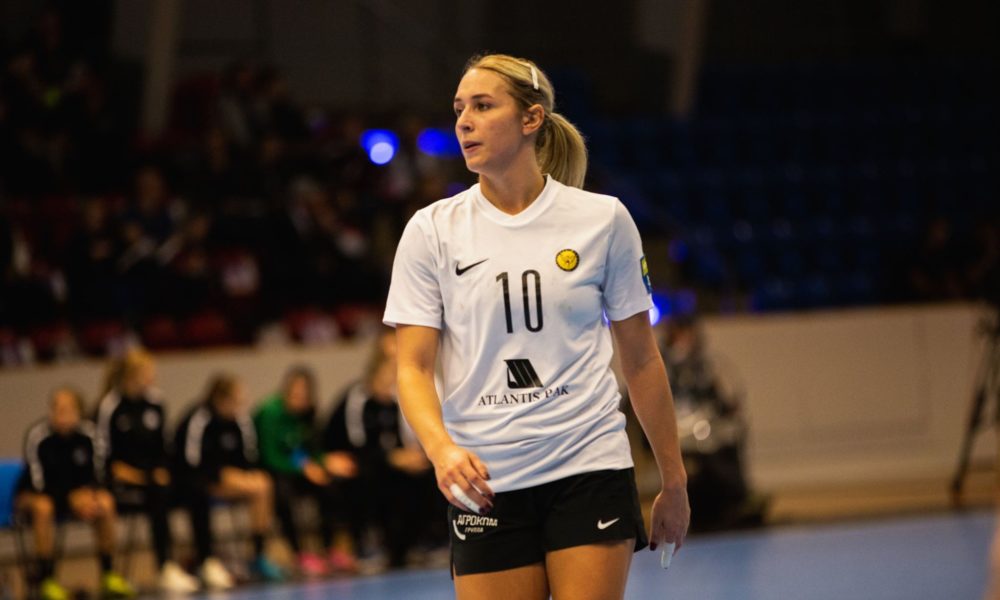 In the second leg of the quarterfinals FTC arrived to Russia with a three goal minus, but the Hungarians were very motivated to win and qualify to the Final4.

In the first fifteen minutes of the game the two teams had a very equal fight, 7-7. The efficiency was secured by Kovacsics and Schatzl for FTC, Abbingh and Managarova for Rostov. Maya Petrova suffered an unfortunate injury after seven minutes out in the match, she was replaced in defense by Kalinichenko, but FTC found the gap right in this defensive position and scored some important goals. Young Tazhenova replaced Kalinichenko in defense again and this seemed to close the openings, as Rostov continued to score, meanwhile FTC did not manage one single goal in the last ten minutes of the first half. Happy news for Rostov that Anna Vyakhireva has returned to the court, played eight minutes and caused lots of trouble in the opponents defense, she had an important role that her team won the first half 14 – 9.

In the second half the scenario looked similar, Rostov increased the lead with a relaxed play and FTC chased the hosts, but the difference got bigger and bigger (23-14 after 15 minutes played in the second half). Noemi Hafra tried to keep FTC in the game by several scoring, meanwhile for Rostov Abbingh, Tazhenova, Maslova or Borschenko scored. 27-17 was the score when there were still nine minutes to go, FTC had collapsed totally in the second a half, meanwhile Rostov marched towards the Final4 in Budapest, second time in a row.