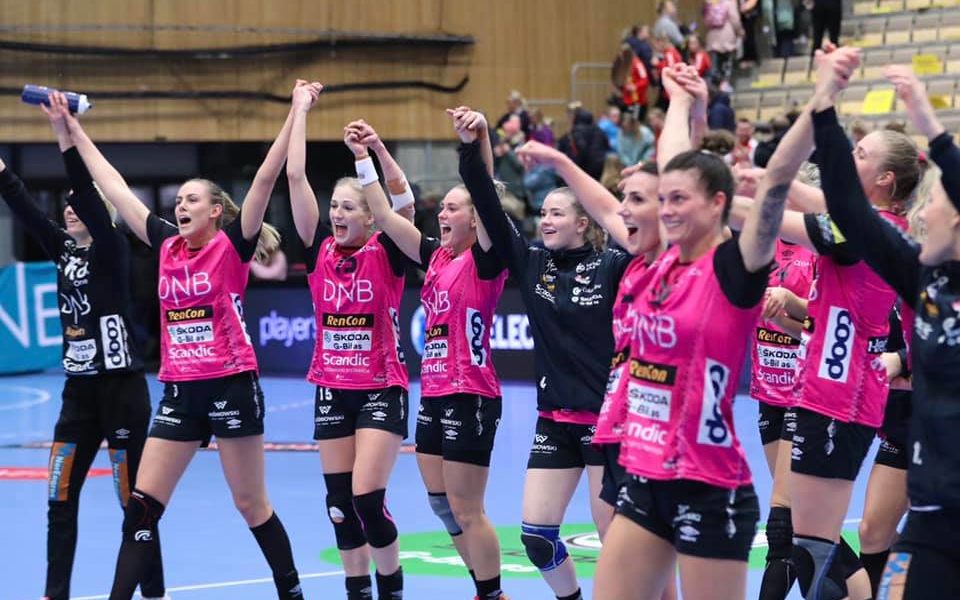 photo: Terje Refsnes / Vipers
Vipers goes to the DELO EHF Final4 for the first time ever

Vipers defeated Buducnost in the first leg, gaining a five goals advantage in Montenegro and were favorites to win the home match too.

In the first half, there were few scorings and both teams had problems in attack, but Vipers took the lead and won 11-8 the first half, led by an outstanding Henny Ella Reistad in the attack. In the second part, Vipers showed a more relaxed handball, with a good flow in attack and a compact defense. Experienced Sulland contributes with several goals in the second half, against a powerless Buducnost.

Vipers won the game and go to the EHF Final4 in Budapest for the first time in the clubs history, led by Ole Gustav Gjekstad in the headcoach position, with a lot of experience in the CL. Vipers plays their second year in the CL and last year they did not make to the Main Round.