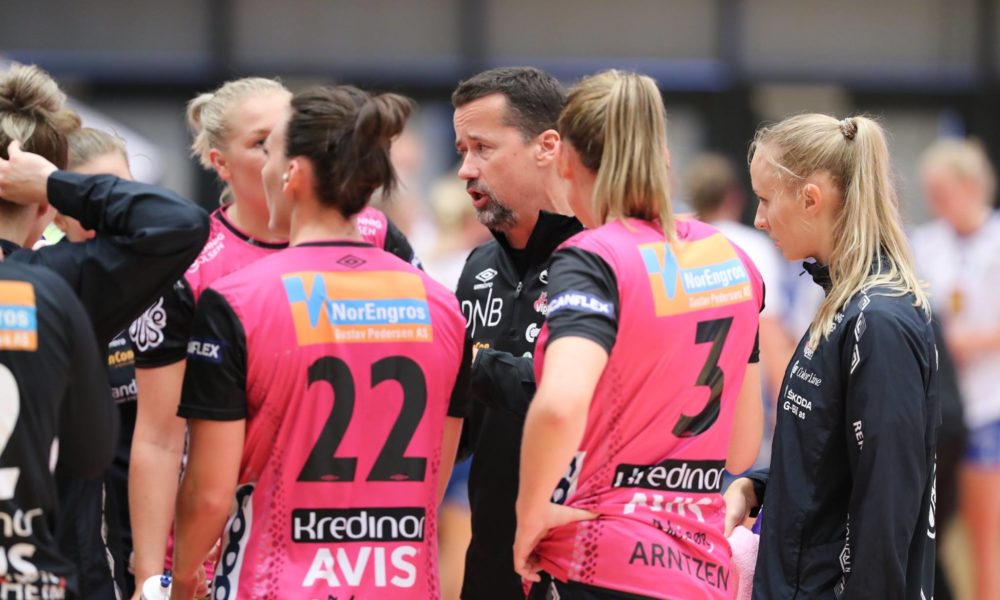 The recipe for the teams play is the Scandinavian one, based on hard and compact defense backed by an experienced goalkeeper, combined with deadly fastbreaks and easy goals. The mix of experienced and young, talented players could also give an extra boost for this team as well as they think big and are hungry for success.

Ole Gustav Gjekstad (former Larvik head coach) took over the team after he had a break from handball and had worked with insurance for three years. His arrival seemed to add the necessary extra to the play of this team, even if the head coach himself is also a bit surprised over such a quick success:
“The players have responded very well to the changes I have made, and I am really happy to work with them. We have been achieving great results in the Champions League sooner than we could allow ourselves to hope for, so the season has been one big upturn.
“Playing the FINAL4 means a lot to us all. Before the start of the season, most of the people in the club probably did not believe this to be possible. – Gjekstad said for the ehfcl.com.

VELUX EHF FINAL4 – the four teams qualified after the quarter-finals
Lunde: “Enjoy, but be ready to fight..”