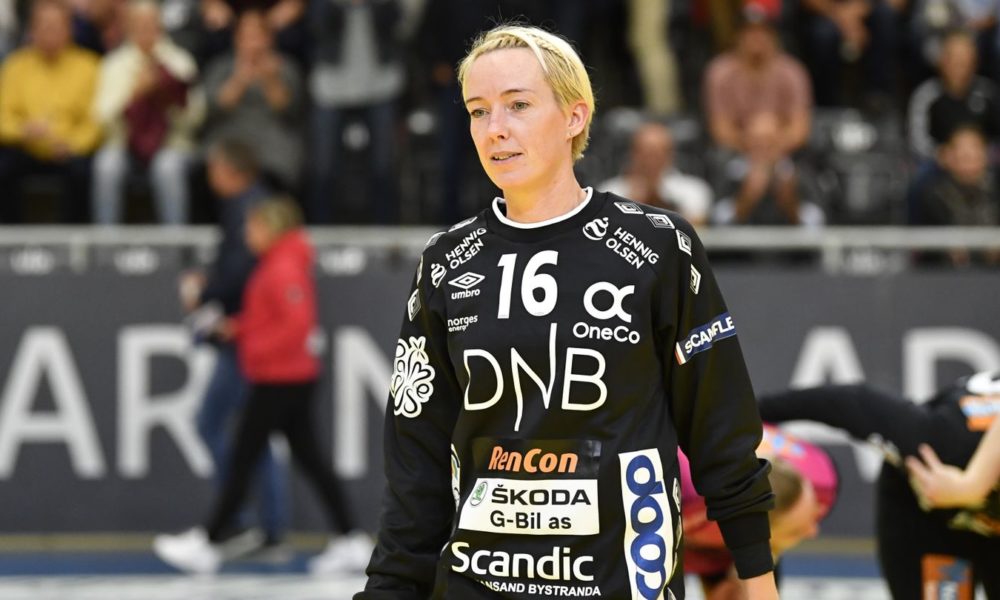 photo: Fredrik Olastuen
Lunde: “Enjoy, but be ready to fight..”

KATRINE LUNDE, GOALKEEPER and the most iconic player of the Norwegian champion, Vipers Kristiansand talked to timeoutmagazine.com:

About playing in the most important club competition with Vipers:

“Playing in the DELO WOMEN’S EHF FINAL4 with Vipers means everything to me. This is the only club I played for in Norway during my entire handball career, and when I started here the club was in the 2nd division.

“Being in the Final4 is a great achievement for everybody in the club, in the town, every volunteer or people who helped or supported the club in some way during the years. This is only our second season in the Women’s EHF Champions League and we managed to go all the way to the Final. This is big, amazing actually.

About returning to Budapest, Hungary, and Papp László Sportsarena, where she last time won the CL-trophy as a Győr-player and now she will face her former team-mates in the semifinal:

“Hungary will always be special to me. I spent a fantastic time there and I have experienced so many great things. I had been privileged to be known with so many amazing people, among then the fans, which are truly unique.

Vipers has a team with a good mix of experienced and young players, but not many of them experienced an event like the DELO WOMEN’S EHF FINAL4 before. Katrine Lunde is one of the experienced players and her advice to the younger players before the weekend is:

“We have a good team, without having many players who already experienced this kind of event. But many of them have played with the national team in important matches or competitions, so they gained some useful experience there. My best advice for them would be to enjoy this fantastic event as it is, to feel the emotion of this weekend, but at the same time be ready to fight and give everything.”

At the beginning of this season, a new head coach has taken over the team and it seems that it was the extra Vipers needed. What Ole Gustav Gjekstad brought into the group?

” Ole Gustav Gjekstad is an experienced coach and this meant a lot for the team. He has previous Champions League experience, but he also has much to add from his former player-career. Maybe his most important quality besides the handball-knowledge is the ability to make the player-group to think big and to believe that is possible.”

How to play against Győr? –  the two teams know each other as they met twice in the Main Round, where Győr finished victorious both encounters.

Katrine Lunde hopes that even if is a challenge to play against the title-holder, and the “home team” Gyor in the semifinal, they found the right tactics to show that every team is vincible.