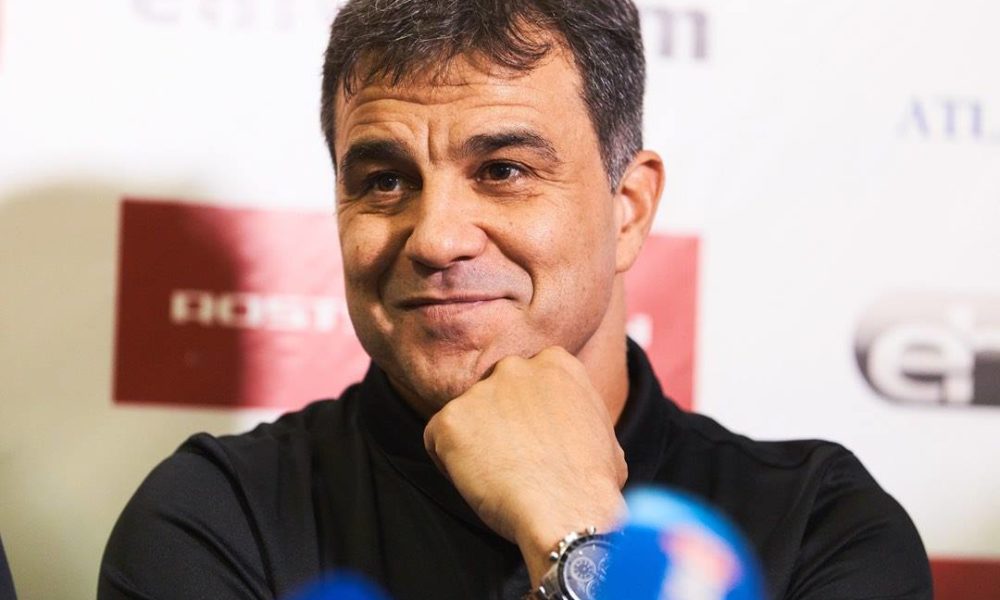 Rostov Don traveled earlier to Budapest and is already preparing in Hungary, at the lake Balaton, in the center of NEKA. In an interview on the site handballfast.com, Ambros Martin explained the reasons:

“This is primarily due to logistics. There are many days off in Russia at the beginning of May, many can afford to take a vacation and fly to Europe. Therefore, we were not able to guarantee the required number of tickets for the desired date and at a convenient time for departure to Budapest. We didn’t want to fly at night, it knocks the players out of the working rhythm. We are facing two of the most important matches in two days, and in the process of preparing for them, everything should be thought out. Therefore, the club decided to go to Hungary in advance. And I assure you: we have no intention of hiding or hiding something. And we did not intend to work behind closed doors either.

“In Balatonboglár is a large complex of the sports academy, it specializes in training young handball players. When I worked in Győr, we used this center several times. This is a good place where everything is secured for proper preparation. There are no journalists there, so the team will be completely immersed in the work.

About playing the second semifinal, which was decided later than the draw happened, where Rostov had the first semifinal against Metz:

“The official reason is the appeal of the owners of the rights to the show from the Hungarian television. For them, it was allegedly important to put the match of Győr early. But what I know for sure is that the participants of the first semi-final will, in any case, have more time than their rivals to recover before the Sunday games.

Maya Petrova is out after an unfortunate ACL injury, what will be the solution to replace her in these games and how will Ksenia Makeeva get some rest?

“This is really a problem and so is the illness of Marina Sudakova. We absolutely can not count on her play in Budapest. We tried different replacement options in games. But in training, we continue to do it. In any case, these losses are serious: a lineplayer and a world-class defender in one person and the most experienced rightwinger. The version with Anna Sen in the lineplayer position suggests itself as the most obvious solution. She has experience playing at this position, including in the national team. But the biggest task is to distribute the workload correctly. The players should not go to the games overworked, should not collapse by the end of the matches, when everything will be decided. Therefore, for Makeeva and Sen, we will need rotation because they are as important for us as lineplayers in the attack, but also in the center of defense.

About Ana Paula Rodriguez playing or not:

“I do not want to put pressure on a player who is not ready for one hundred percent of her capabilities. And this is obvious in the case of Ana Paula. She was out for almost one year after a severe Achilles injury, with two surgeries and a long recovery. She was not able to get enough practice and training at the end of the season in order to be ready for this level or to feel the game enough. There is a big risk of relapse or another more serious injury, so we have to take care of the player’s health at first. In the Final4 I would prefer to bet on players who have gone through the whole season and are well prepared physically. The appearance of Rodriguez on the court is possible, but only for short periods.

About the favorites to win the DELO WOMEN’S EHF FINAL4:

“It is obvious that all four clubs deserve to participate in this stage. And the one who will be better prepared and will show the best handball exactly on these days will get the final victory and the trophy. Győr didn’t lose a single match during the season – neither in the Champions League nor in the Hungarian competitions. Metz outplayed confidently our team twice in the Main Round – it means that in that segment of the season they were stronger than us. Let Győr and Metz be favorites on paper. And let us go to Budapest with our ambitions. Rostov-Don with the current composition feels great. We perfectly understand that in Final 4 it is necessary to show extra-handball – that means a kind of play, a level higher than the one we played during the season. We have enough experienced and skilled players to solve this problem.