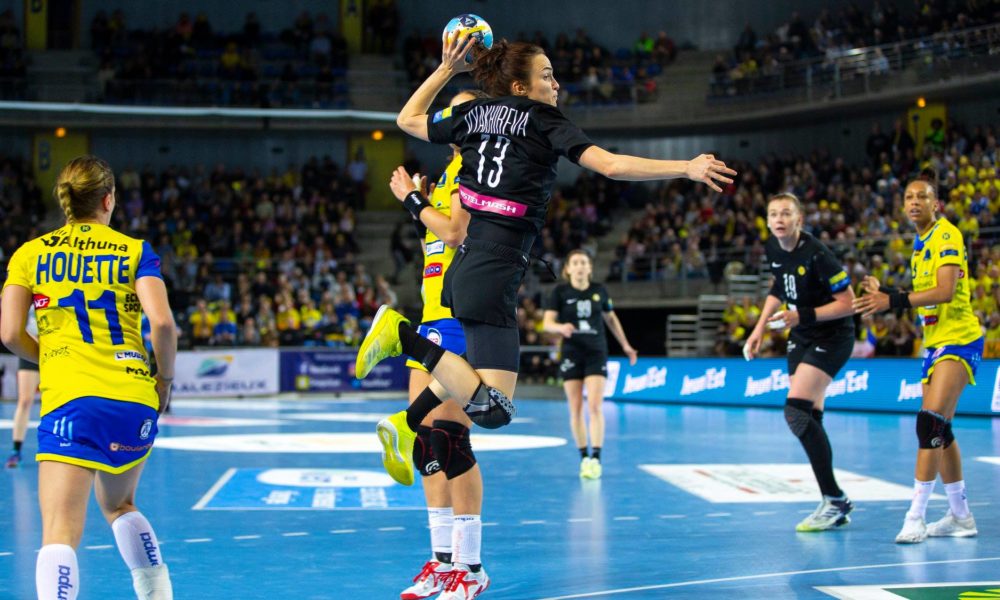 Anna Vyakhireva (24) was elected as MVP at the 2016 Olympics in Rio and at the last EURO as well, She is the engine and the brain of this team, but after her elbow injury, she was forced outside the court for two months. She recovered quickly, but she still has to be careful. Despite this she trains, even more, to be able to perform near her best in the DELO WOMEN’S EHF FINAL4.

” At the moment, winning the Champions League is the biggest goal in my career, especially because the FINAL4 is coming very soon,” Vyakhireva told ehfCL.com.

“The team hasn’t changed a lot, but now we have more experience. Besides, we have a new coach: Ambros Martin. Ambros is our motor. He gives us motivation and confidence. His experience is huge, and I think it’s a factor that gives us a big chance to win the title.” – as many of the Rostov players, Vyakhireva has also a high opinion about their head coach.

Mayssa Pessoa won already once the CL-title in Budapest back in 2016 with CSM Bucuresti and participated twice: once with Vardar, making it to the final, but not being able to win, and last year with Rostov, when they finished fourth. In her opinion, last year their former coach Bougeant and the team has approached the matches in Budapest with a wrong attitude, that’s why they were not able to get a better result then.

“I am happy to reach the FINAL4 again, and I have a positive feeling looking forward to it. We have a new team this year, and a new coach, so it was not easy at the beginning. But we worked hard, and Ambros Martin showed us that it was possible to go far. He is a brilliant coach,” Pessoa told ehfCL.com.

The team of Rostov Don: