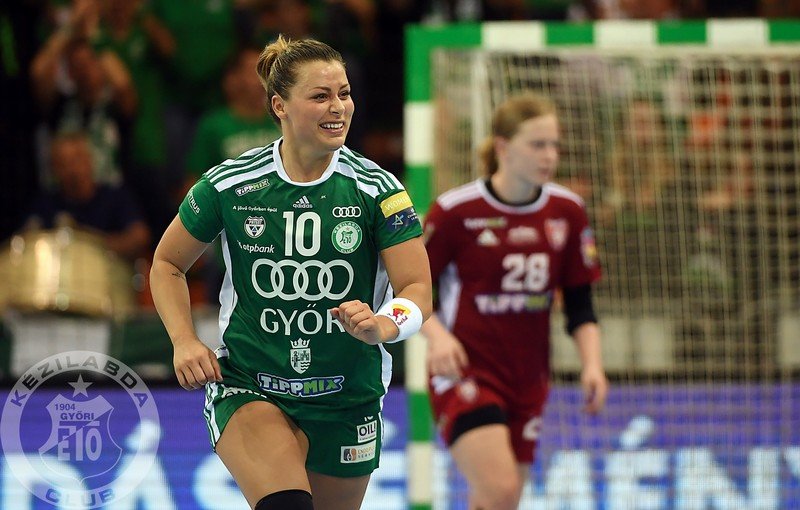 “I expect a great atmosphere in the Papp Laszlo Sportsarena, with lots of fans and we know that we will play two really tough games in two days.

“Personally I expect the match against the Vipers, it will be interesting for me to face all my Norwegian national teammates on the court, but I think that in the last years we managed to show our best in these Final4-weekends and I believe that it will not be different this year either.

“I did not play so much, but I have been on trainings for a long time and I feel in much better shape already. So I am ready to help the team whenever is needed, even if is for five seconds and five minutes, I will be prepared. – says Mörk on gyorietokc.hu

About her playing again:

” For such a long time I have been hoping for and dreaming of getting back on court. Being able to play again just means everything to me.

” I had some really dark moments, even weeks, where I was struggling with motivation. However, I never wanted to give up, and that was because of my love for this sport. Handball is everything to me, and I know now that this is what has kept me going on.

” I feel I am starting to look like the same player I was before. However I am going to have an intense summer training to get even better- says Mörk for the ehfcl.com

Nora Mørk won the CL-title three times in her career so far, 2011 with Larvik and 2017, 2018 with Győri Audi ETO KC. She can lift the trophy for the fourth time after this weekend.