DELO WOMEN’S EHF FINAL4: Crina Pintea for the first time in Budapest, focused on her tasks 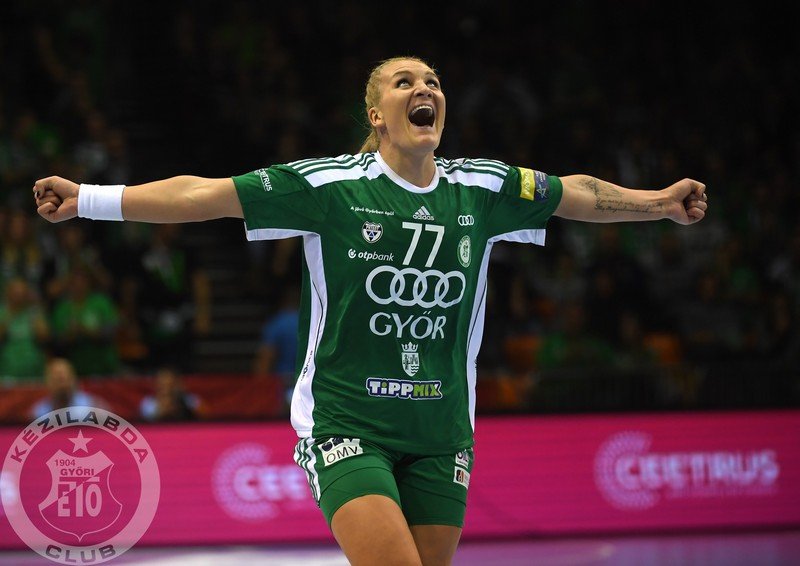 DELO WOMEN’S EHF FINAL4: Crina Pintea for the first time in Budapest, focused on her tasks

Crina Pintea arrived in Győr at the middle of the season, right after the EURO 2018 in France was over. The Romanian line player left Issy Paris and agreed with the Hungarian club to replace Yvette Broch, who suddenly decided to finish her handball career at the beginning of the season. Pintea was quickly integrated into the play of the team and she became a favorite among the fans as well. We also know that she won’t stay in Gyor as she signed a contract with CSM Bucuresti from the next season. But the strong Romanian lineplayer is here now in Gyor, is preparing for her first DELO WOMEN’S EHF FINAL4 ever an is ready to lift that trophy for the first time in her life. Pintea talks to gyorietokc.hu about her feelings:

About the semifinal opponent, Vipers Kristiansand:

” This is a good team, we played against them twice, analyzed them, but we also know that Vipers comes to Budapest without pressure, is their first participation at a Final 4 and they have only one goal, to win.

“But I believe that we are strong enough to win against them and if we will play and fight as we did in the Main Round against them so we can get the victory and qualify to the final.

“There are teams with a totally different style of playing handball which has qualified to the Final4. Every of them are good teams with quality players. Rostov has a strong squad, good defense and fastbreaks. Russians has a very good headcoach, who also knows our team very well. But we also might know some things about him (Ambros Martin).

“Metz is the second team in the other semifinal, I have some experience against them since I have played in the French league in the previous seasons. Metz has a very good team, with strong defense, a lot of running and a good mentality. But I don’t think we have to think about these teams yet, we have to focus on ourselves and on doing a very good job during the preparation because this is the key for the success.