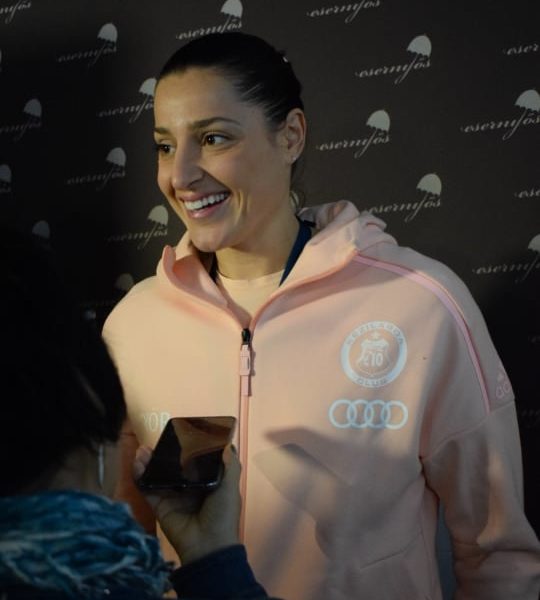 Eduarda Amorim participates in her fifth FINAL4 in Budapest and her feelings are more about excitement and confidence. She also becomes the best defender of the DELO EHF Champions League.

“This is my fifth Final4 in Budapest and I am really looking forward to it. I have very good feelings, every year I have found a new motivation. This year we have a really good team, I feel great in the group, we are strong together because we believe so much in each other.

“I expect a lot from this weekend, both from tomorrows game and Sundays game as well. Against Vipers, I think that we will play a match with a lot of goals, both teams plays a fast handball, but I am quite confident that we will reach the final and of course the trophy.

“I think in this kind of events every team is strong and deserve their place, but they can be a little overwhelmed of the fact that they are for the first time here. At the same time they can play without any pressure, so it can positive for them.

“We have already defeated them twice in the Main Round, but the most important thing is I think that we already know them from the court, we know how is to play against them, not only from videos. We know their style from those games, but we need to forget the results and we have to use those games to study them and use it against them in this semifinal.

About semifinal between Metz and Rostov:

“Metz showed a better shape lately, but regarding that we know Ambros Martin, how he prepares these games, how much experience he has and how is he able to time the best sport shape of his team, so I would say that it will be a close game, it will be decided by only one or two goals, but I could not tell who will qualify..