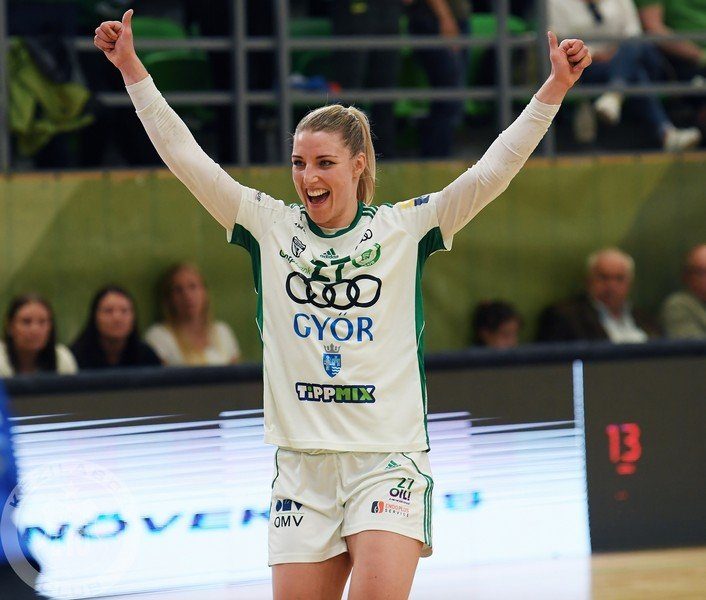 Dutch playmaker Nycke Groot has been a Győr-player in the last five years. In her first season (2015/2ö16) with Győri Audi ETO KC she just lost the trophy in extra-time and after penalties against CSM Bucuresti. But since then she managed to win twice in Budapest with her club and she prepares for her fifth Final4 (first time she played there as FC Midtjylland player in 2014). Nycke Groot is one of the best players in the world at the moment and with her on the court every team can feel certain confidence and safety.

Despite all the successes she had with Győr, Nycke Groot has decided to leave the club after this season, so she prepares for her last Final4 with Győri Audi ETO KC.

She talked for gyorietokc.hu about her expectations and feelings before the big weekend:

“I hope that everyone will be ready because we need everyone more than ever to be able to defend the title.

“This will also be a special Final4 for me too, I will enjoy it even more, we have already been there three times with this team, but now will be different and I will give everything to be able to finish with the trophy in our hands.