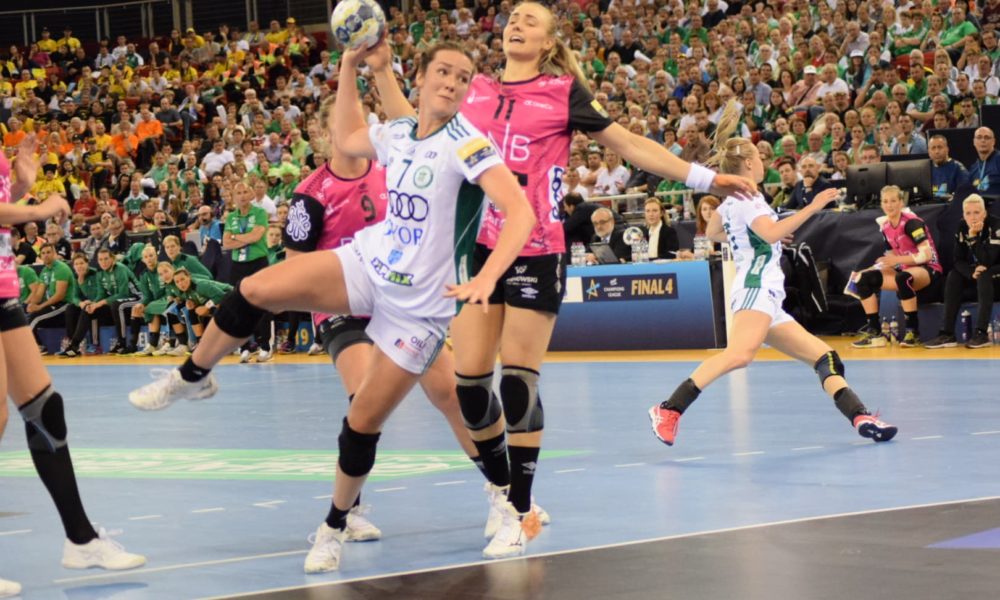 Vipers Kristiansand is a newcomer in the DELO WOMEN’S EHF FINAL4, but with an experienced headcoach, Ole Gustav Gjekstad and some experienced players like Lunde and Sulland they are aware of that their semifinal opponent from Győr have all the pressure in this first semifinal. Győr is expected to win by the experts, media, and fans, so the title-holder must perform at their highest level.

” Probably we are underdogs in this event, but our status can make us play without pressure and play our game. We have good harmony in our player group, the young and experienced players complete each other well. We managed to keep our squad nearly injury-free, so we could rotate a lot during the season. Our headcoach is very experienced regarding CL, he made us believe that we could achieve great things and helped us to get so far this season. I also think that our team got better to keep a higher level in longer periods, which gives us confidence.”-says Silje Waade, the rightback of the team.

Gábor Danyi took over Győr this season and his team is undefeated so far on every front, the squad is now injury-free, he managed to use a good rotation in the squad and last but not least he implemented another style of playing, the tempo handball, he gets the inspiration from the men handball. Győr plays a really speedy handball this season, with a lot of running, many attacks, many goals, and their defense has also improved substantially from the beginning of the season.

“I took over an incredible squad and basis from Ambros Martin, but my coaching philosophy is somehow different from his and I did not want to copy either his style. My inspiration is from the Hungarian school and nowadays men-handball, we could call it tempo-handball. I have a fantastic squad, with players who can adapt and realize what I dreamt of. This was not easy at the beginning of the season, first of all, because we needed rotation to be able to keep up this high tempo in every match. It took time until the girls understood that I am making replacements, not because they are not performing well, but because they need rest in order to be able to perform at the same level in the next 15 minutes they are on the court.

“Our defense was needed to be improved as well and I believe that our open- defense works very well, and a lot of opponents are struggling against it. If you have a good defense, then is much easier to run fastbreaks and score easy goals, but if you have about sixty attacks in a match this means automatically that you will have to stay in defense at least as many times, so the number of goals you get will also be higher.

“Vipers is a strong opponent and we are preparing very seriously against them because we know that the pressure is on our shoulder, in front of the home-crowd, meanwhile the Norwegians are coming without pressure and therefore they can just play their game. The girls are focused, we analyzed the opponent and we are ready for the fight. Both teams like to run, but this will be the game where sometimes a slowdown will be needed.”-said Danyi.

In the first ten minutes of the first semifinal Vipers looked quite emotional and Győr just built a wall in front of the Norwegians, where Amorim and Brattset did an amazing job, and behind them Leynaud saved one ball after another. 2-6 was Győr’s lead when Gjekstad called his first timeout in order to calm his team. The first time-out for Vipers seemed to not bring the requiered change as five minutes later Győr increased the lead to 4-10, with Amorim, Oftedal or Brattset scoring the goals. Gjekstad called the second time-out already in the 15th minute, because his team looked totally lost.

Győr continued their flawless play and after 24 minutes they had a nine-goal lead, 5-14. It was unusual to see Vipers having so few goals, but Amandine Leynaud did not allow them to put the ball behind her. Ten-goal was the advantage of Győr and Vipers looked like losing the focus, 5-15. The Hungarian team made the usual replacements, Tomori, Hansen, Knedlikova, Pintea, and Mörk got playing time and the first half ended 8-18, Győr produced a fantastic goal-show, a strong defense and a fantastic goalkeeper performance from Amandine Leynaud.

In the second half the two teams had a closer race, Vipers managed to score after their attacks and the result was even regarding the second half, but the huge difference remained on the score-board.

Kari Brattset scored five goals in the first half and the Norwegian line-player has continued in the same way in the second half. For Vipers Hegh-Arntzen, Sulland and Reistad were the most efficient players. Görbicz took over the 7 meters after Groot missed one in the first half and she was flawless from penalties. Fifteen minutes before the end, Győr had a nine-goal lead and they could play relaxed, supported by an immense green-white crowd on the stands. Final result: 22 – 31

Load More... Follow on Instagram
DELO EHF WOMENS FINAL4: Zsuzsanna Tomori wants to finish with good memories
Leynaud: “I am proud to be part of this, we did an amazing job”