DELO WOMEN’S EHF FINAL4: Rostov Don is in the final for the first time in the clubs history 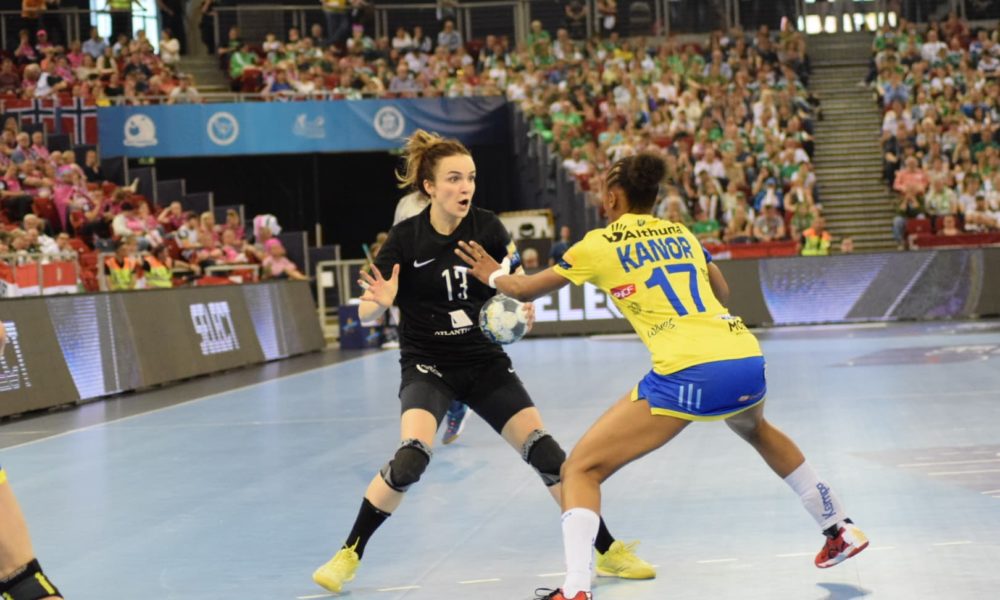 photo: Madalina Donose
DELO WOMEN’S EHF FINAL4: Rostov Don is in the final for the first time in the clubs history

“Ten years ago, I was watching the Champions League on TV and I was thinking that it had to be something incredible. Three years ago, I played it for the first time and it was still as amazing. And then you start dreaming, and you start telling yourself that it could be possible to reach the EHF FINAL4.

“Personally, qualifying for the EHF FINAL4 is a huge accomplishment, even though we might not win in the end.We beat Rostov twice this season. This is a team we can look in the eye. We’re both going to have six players and one goalkeeper at throw-off. I don’t see why we wouldn’t stand a chance against them. But I’m sure that this confrontation will be completely different from the two previous ones.”-says Mayonnade for the ehfcl.com

Ambros Martin is the most experienced head coach regarding the four teams in the DELO WOMEN’S EHF FINAL4, but he has a new team. However, his experience could be decisive in the same way as Rostov’s experience they gained last year in Budapest. Then they finished fourth, but this is a new competition. Ambros Martin said for the ehfcl.com:

“ I sleep well, as we have done a good job and deserve to be there. Yet now it is a very important time as we have to prepare as well as possible for the matches in Budapest. Once we are there, we will try to win every game.

“It doesn’t matter how strong you have been during the season. It does not matter if you are favorites or not. Metz beat us two times in the main round, and Győr defeated Vipers twice, but it does not play any role now.

“It is all about playing well on a certain weekend. We need something special in Budapest, something extra, a kind of magic, and we have to find it at the right moment. Everything has to go right for us.”

A close race has started right from the first second of the game, both defenses worked well, but Rostov had Anna Sedoykina in the goal, saving almost every possible shoot from Metz. However Rostov took the lead, 1-4, but Metz closed the gap quickly, 3-4. Rostov showed an impeccable defense, 3-6 than 4-7. 6-10 was the score when Anna Vyakhireva got injured on her right ankle, she had to leave the court and got treatment. Rostov was in front for most of the time, 7-12 (24.minute), 8-12. Lois Abbingh, Yulia Managarova, and Anna Vyakhireva were the most efficient Rostov players, meanwhile, on the French side, Graace Zaadi and Laura Flippes netted several times. Only 26 minutes was gone when Metz called their second time-out in this match, as Mayonnade was not happy with his team’s performance and tried to change the trend. Metz tried to attack with 7 players against 6, but Rostov made an impressive defense, not allowing for the French to score. Half time result: 8-15.

Metz started the second half with Ivana Kapitanovic in the goal and she opened with several saves, 11-16. Metz scored goals on fastbreaks through Flippes and Houette and suddenly they were under only by five. Zaadi made it to minus four, 12-16 and the match got exciting again. Manon Houette pulls out a great performance and she scored three goals for Metz from leftwing, 14-17, when Ambros Martin called a time-out. This was not helping much as Metz continued to fight themselves back and reduce the gap to two goals, 16-18. Rostov seemed to struggle especially in attack, scoring only three goals during 12 minutes in the second half. Ksenia Makeeva got her third 2-minute suspension when Metz came again closer, 17-19.

Mayssa Pessoa has replaced Anna Sedoykina in the Russian goal and she made some important saves, meanwhile, Vyakhireva was responsible for the goals on the other end of the court. 19-22, 8 minutes before the end and both teams seemed to want badly this victory. Anna Sen shows her lineplayer skills, scoring twice and Rostov is back on track, leading by four goals, 19-23. The last ten minutes were like a crazy goal how where both teams tried to score, Rostov wanted to keep the advantage, Metz needed badly to reduce the gap and this made the semifinal really exciting, 24-27 fro Rostov when there were two minutes left of the match. Mayssa Pessoa saved a 7-meter penalty in a very crucial moment of the game when her team was with only five players after a suspension. Metz could not come closer and Rostov won the semifinal after a big fight, 25-27.

Leynaud: “I am proud to be part of this, we did an amazing job”
Reactions after Metz-Rostov