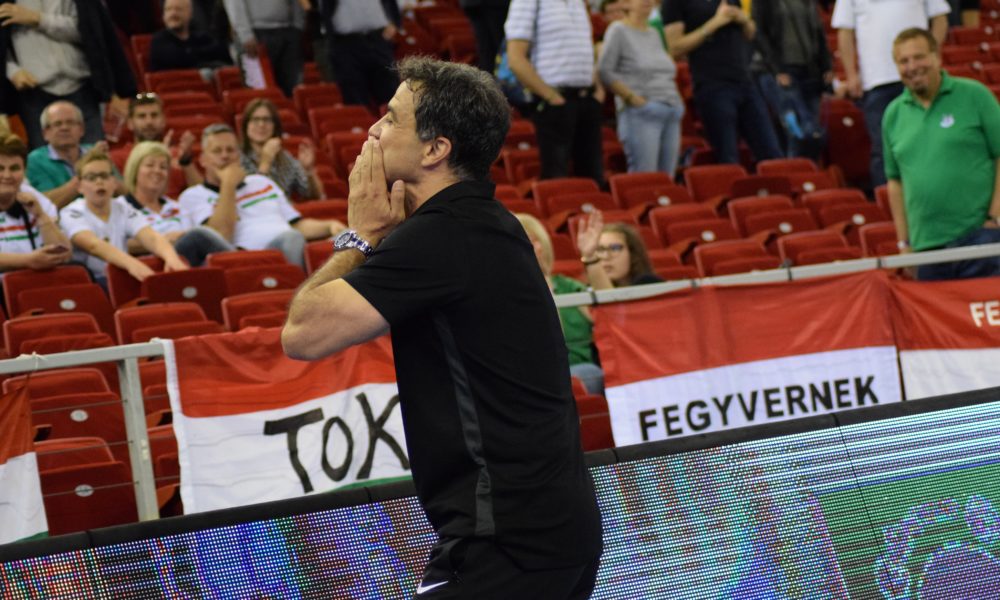 “Congratulations for Rostov, they were leading from the start to the end, they deserved the victory. We are disappointed and we are sorry that we had a bad day today, our play was not worthy of the quality of the handball we were playing all year. The strength of the big teams, like Rostov is that they were prepared well and if they did well in defense so they managed their weaker periods in the attack – this is the difference between a team with experience and one with less experience.

“We lost many chances in the first half when we had the possibility to reduce or come closer. In the second half the balance has changed, we managed to play our play, we had good moments when we could come back, but Rostov always had some players which pushed them further and they could keep their lead.

“We are very disappointed, we wanted this so badly but tomorrow is another day, another match. We will prepare, against Vipers is not a friendly game and we want to win, because we cannot imagine losing two games in a row. Hopefully we are back next year here in Budapest

“I feel sad and disappointed that we are not able to go to the final here. We prepared this game well after we played a really good season, we could not put this defeat on the lack of experience. Rostov made a good game in the first half, they controlled the match, made us play what they want us to play. But I am very proud that we managed to improve our play in the second half and come back into the match, showing what this team is really capable of. This is life, this is handball, we will continue to work hard and get back here next year.

“It feels really great to get this victory and qualifying to the final, and it feels also special because we did it against Metz. They had a very good season and they defeated us twice some months back, but today was a different game.

“We managed to control the match in the first half, after a detailed analysis. The team worked patiently, scored on fastbreaks, they waited for the right situations. In the second half, we had some problems, but we managed to find the solution against their open defense. The characteristics of my team are never giving up, are full confidence, believe in themselves and each other and they did real teamwork, where everybody contributes,

“They played the first match so they can rest more, and this means a lot when it will be a physical play. Gyor has extraclass players. We will analyze them, we will fight and try to push them.

She saved a penalty in a crucial moment, two minutes before the end when Rostov was with a man down:

“Saving the penalty 2 min before the end – I had so many thoughts in my head, how much we have worked the entire season, everything passed through me. I was thinking to take this ball and motivate the girls to score and win this match.

DELO WOMEN’S EHF FINAL4: Rostov Don is in the final for the first time in the clubs history
Siófok KC wins the EHF Cup