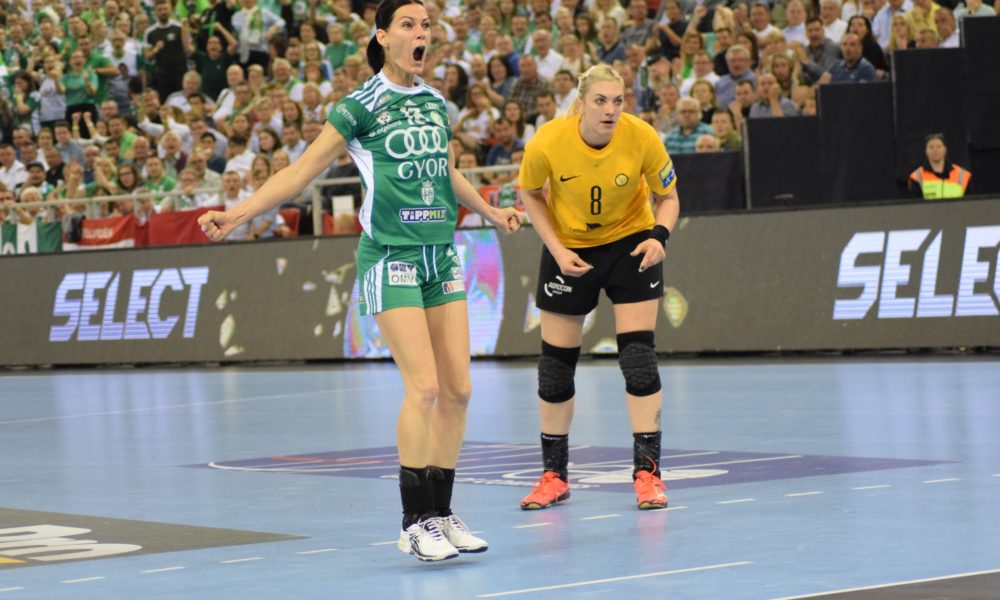 This is a final, a match with a special charge as Győri Audi ETO KC and their head coach, Gábor Danyi will stay face to face with their former head coach, now leading Rostov Don, Ambros Martin. Nobody knows better the Hungarian team as Ambros Martin does, but at the same time maybe no one knows better his way to think about handball, his coaching philosophy, than Danyi, who worked with him six years in Győr. It will be the clash of the titans, in the defenses for sure. We saw yesterday two almost perfect and impeccable defenses from these two teams in the first halves of their games and we cannot expect for something else today either in the final.

Gábor Danyi had several times said that he is expecting Metz to qualify from the second semifinal, but he seems to predict the result wrong, so he has to face his former colleague.

“I am looking forward to playing against the team of Ambros Martin, Rostov is a good team and it will be interesting to fight against Ambros on the court.

Ambros Martin, about the final:

“Győr is a fantastic team, with a wide squad and many world-class players, in addition, they have played the first sepmifinal so they can rest more than us. But we will analyze them in details, we will fight and try to push them in the final.”

The final started with a close race where both teams tried to their best in order to push their opponent to make mistakes. 3-3, 4-4, 5-5 was the result, when Rostov took the lead 6-5 and continued to have this slight lead, 9-8 (18.min). Amorim, Görbicz, Bódi and Brattset scored for ETO, Rostov had Vyakhireva, Managarova, Makeeva and Abbingh as best in attack. Sedoykina continued her performance in the goal from the semifinal, meanwhile Győr had already replaced Leynaud with Grimsbö in the goal.

10-8 was the lead of Rostov Don, but Győr managed to score three without reply, 10-11 (Görbicz, Bódi, Görbicz). The defense of Győr has improved substantially, Danyi made his replacements on the court, Tomori, Pintea, Hansen entered and the result becomes 11-13. Rostov pushed Győr during the entire half, Ambros Martin kept his promise, but in the last 7 minutes of the first half Győr just showed a better handball, both in defense and attack, meanwhile, Rostov seemed to lose focus.

In the pause of the final Helle Thomsen got the award of Best Female Coach of the season from EHF.

In the second half Győr started with another Görbicz-goal from a penalty, Amorim was also on fire, scoring and defending with power. Nycke Groot got a direct red card after video-check from the Polish referees, who totally lost the control of this match, nobody was understanding their decisions. The level of refereeing could not reach the level of handball on the court or the level of this event, which is sad and disappointing from every point of view. Győr was supported by thousands of Hungarians on the stands and was still in lead 18-22 when 15 minutes left of the final. The match got tensed, Győr was constantly in lead with 3-4 goals, Danyi started the rotation, Mörk, Hansen, Pintea, Tomori was playing, 20 – 24 for Gyor, when Amorim scored her fifth, 21-25. Rostov reduced to two goals, 23-25 in the dying minutes. Eduarda Amorim got her third 2-minute suspension and a red card as followed, Lois Abbingh scored from a penalty and suddenly it was just a one-goal game, 24-25. Oftedal missed a shoot, then Rostov tried to level the game but the time ran out. Győr defended the title for the second time in a row and they are title holders for the last three seasons now.