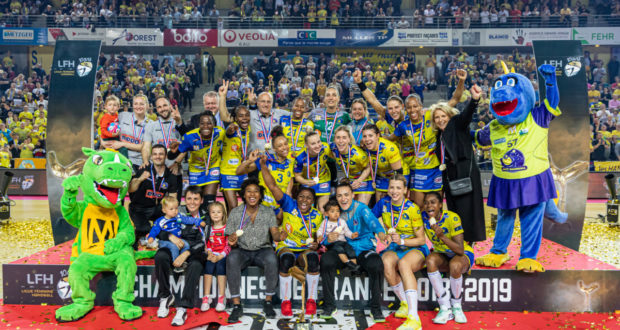 Metz Handball met in the final of the French playoffs Nice. In the first match in Nice, Metz took a huge victory 21 – 33, meanwhile in the second game yesterday Metz defeated Nice again, 33-28 (15 – 13) and become French champion again. This was their 23rd title.

After they had one of the best seasons so far, with a spot in the DELO WOMEN’S EHF FINAL4 (where they finished 4th), winning the French championship against and qualifying to the final of the French Cup, players like Edwige, Levsha and Zych will leave the team, but the core of the team stays together, which makes them as strong as this season.