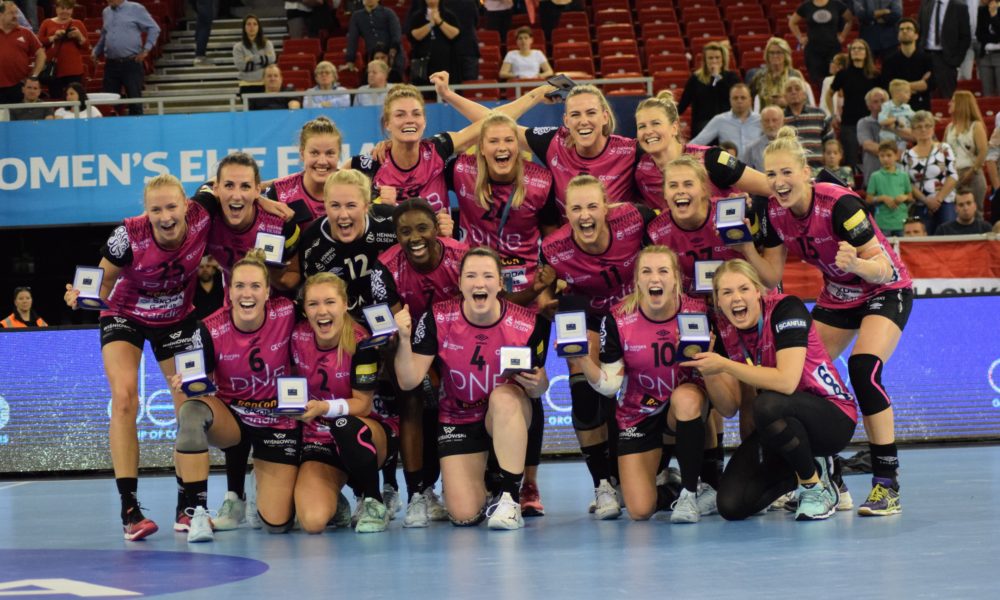 Vipers Kristiansand won the Norwegian title last year for the first time in the clubs history and this year they also finished fist after the regular season.

In the playoffs, they knocked out the young Larvik team in the semifinals, then they took the bronze in Budapest at the DELO WOMEN’S EHF FINAL4. In the final, if the playoffs Vipers had to face Storhamar. The team form Hamar qualified to the final winning Byåsen twice in three matches.

In the finals Storhamar gave hard time for a Vipers team which had no Katrine Lunde, injured in Budapest. The goalkeeper of the Norwegian NT has an ACL rupture and is out of court for 9-12 months.

Bettina Riegelhuth got seriously injured in this game, she also has an ACL rupture.

The second game was also an exciting one, with fewer goals. Chana Masson had a fantastic performance in Storhamar’s goal, keeping her team in the match, but Vipers wanted to finish this season and managed to defeat Storhamar once again.