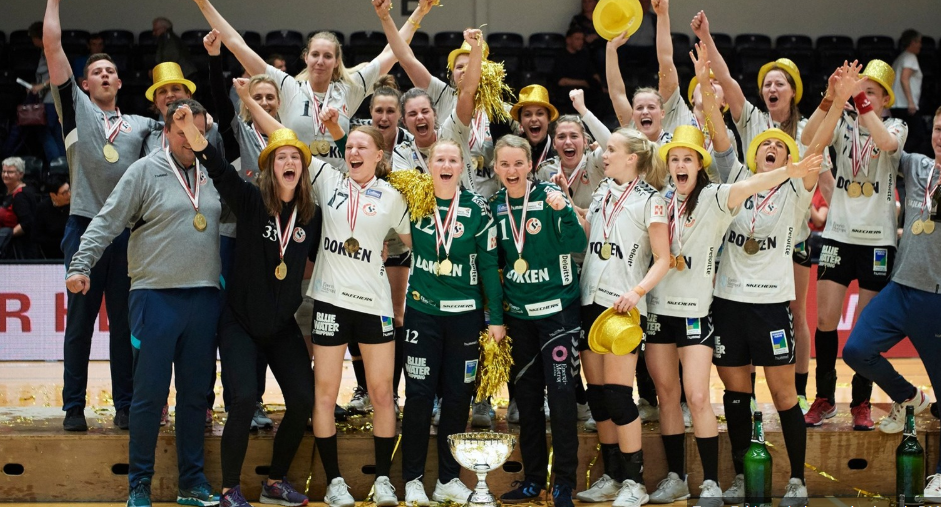 IN the playoffs of the Danish League Team Esbjerg and Herning-Ikast Håndbold has qualified to the final, meanwhile København and Odense played the matches for the bronze medals.

In the first match of the final Team Esbjerg defeated HIH clearly 28 – 20, meanwhile in the second game in Ikast, the team from Esbjerg won again.

Team Esbjerg managed to win the Danish League title, meanwhile the bronze medals will be decided tonight in Odense. Both København and Odensen won one game, tonight the third match will decide the winner.