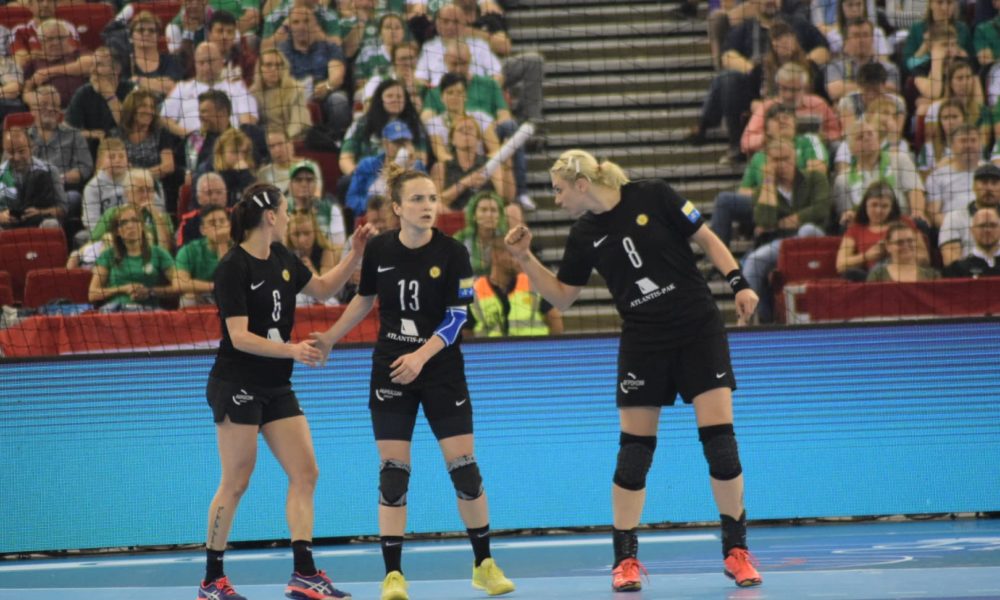 The runner-up of the previous DELO Women’s EHF Champions League seems to be as strong as the last season. The core of the team was not changed, they are still building the team on Russian profiles, experienced national team players and young Russian prospects as well. In addition they have some experienced international players like Lois Abbingh, Mayssa Pessoa, the returned Ana Paula Belo and the newcomer from the German League, Julia Behnke. The philosophy of the headcoach Ambros Martin is well known by the majority of the players, so it won’t be difficult to fit in the new ones in the play. Their main goal is to reach the Final 4 in Budapest again, for the third time in a row. Looking at their progress in the last years, EHF Cup winners in 2017, Final 4 participants in 2018 and runner-ups in 2019 in the CL, this season could bring them the desired result, by winning the DELO Women’s EHF Champions League trophy. However Ana Paula Belo is fully recovered after her two Achilles injuries, the young Russian playmaker Tazhenova is out for the rest of the season with an ACL injury.

The new Danish champions snapped the CL-participation from Odense and Kobenhavn, and the team is the only representing Denmark as EHF did not give a wild card for Odense. Esbjerg is a team with only eight Danish players of which only two have crucial roles, rightback Line Jørgensen and goalkeeper Rikke Poulsen. Otherwise there are six Norwegian players, one Dutch, one Swedish, one Icelandic, two from Great-Britain (!) and one from Austria in the troop. Their biggest profile, Sandra Toft has signed with Brest in France, and the previous playmaker, Kristina Liscevic plays for Rm.Valcea. This is a team with a very strong defensive system and a fast attack.

The goal of the club is to win the Danish League for the second time in a row and to reach the Main Round in the CL, but their hopes are to play a quarterfinal even if they are aware of the fact that their group is very strong and balanced.

The Polish champion is back in the CL without playing a qualification tournament. Lublin won the Challenge Cup in 2018 and they have an EHF Cup trophy back from 2001. The handball team from Eastern Poland recently won their 21st national league title. In the middle of October, they will celebrate 25 years since they first participated in a European Cup competition. Kinga Achruk is their most known profile, the centre-back has won the CL-trophy with Buducnost back in 2015. They have several Polish national team players in their rooster: Gega, Szarawaga, Gawlik or Labuda are experienced players. Three foreign players: two from Croatia (Besen, Blazevic) and one Danish(Moldrup) are in the Lublin’s squad.

The CL-winners from 2016 lost the last seasons Romanian championship-title, that’s why they applied for a wild card to the EHF, in order to enter the group phase directly, without qualification tournament. The Romanians have a strong squad, with several international profiles like Cristina Neagu, Nora Mørk, or Andrea Lekic, Dragana Cvijic, but unfortunately they are put back by several injuries occurred in the squad. Neagu is out since last December, but she is at the end of her recovery period after the ACL-injury, Dragana Cvijic had a knee-injury, followed by a surgery during the summer, she is in recovery also. In the first official match of the season Nora Mørk suffered a new ACL injury, the Norwegian player being forced out of the court for the third time in the last three seasons. The club signed a new headcoach, Swedish Tomas Ryde took over the team at the beginning of this season, but he had some conflicts with the management of the club because of unpaid salaries to the players. He resigned from his positions three days ago and now the former assistant coach, Adi Vasile took over the team. Nothing new at this point, for CSM Bucuresti every season starts in this manner. Ten new profiles were signed, among them several Romanian players like Crina Pintea, Denisa Dedu, Gabi Perianu or Laura Moisa (Chiper) arrived to the club. Despite their problems with injuries and coach-changes, CSM Bucuresti still are one of the strongest teams in the group and in the whole competition. The main weakness is the lack of consistency and this may affect their performance, at least in the first half of the season.