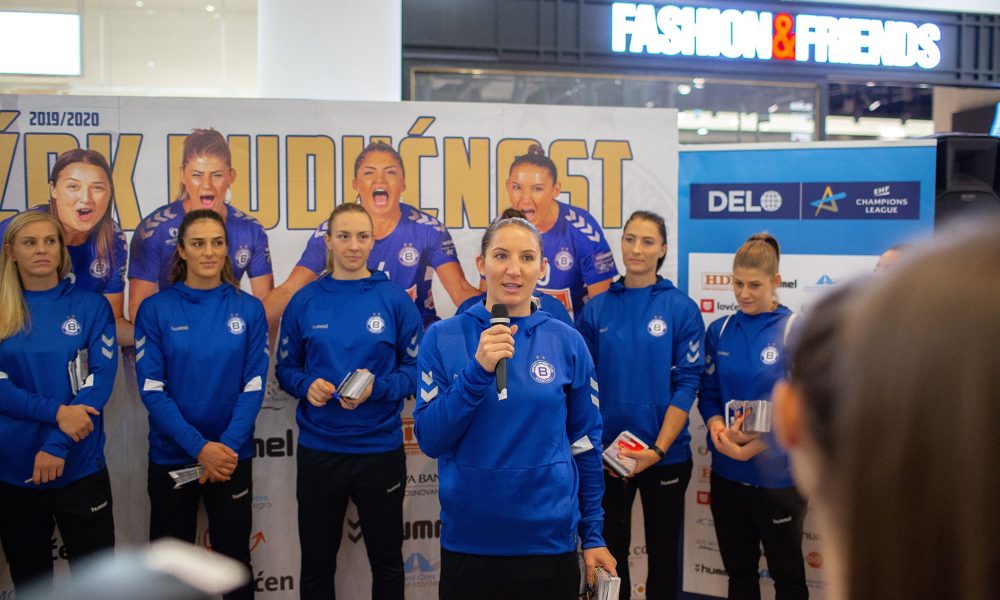 A club with a big tradition was rebuilt in Rm.Valcea and SCM Rm.Valcea managed to win the Romanian League-title in the last season in front of CSM Bucuresti. The powerhouse of Oltchim won the Romanian title 19 times, was an EHF Champions League finalist in 2010 and won the Women’s Cup Winners’ Cup once, but in 2013 the club had insolvency problems and has been declared bankrupted.

Under the leadership of their headcoach, Florin Pera they won last season the Romanian Supercup and the championship, but they managed to go only two rounds in the EHF Cup with a mediocre performance. Players left and new transfers has been set and SCM looks like a strong team with some experienced players like Mireya Gonzalez, Kristina Liscevic, Ann-Grethe Nørgaard or Marta Batinovic (three of them winning the CL and/or EHF Cup). The team has players from eight different nationalities . 11 Romanian players,three Spanish players, and players from Brazil, Hungary, Ukraine, Serbia, Denmark and Croatia.

Buducnost had some dry years in the Champions League in the previous seasons, when they reached only the quarterfinals but now they are more decided than ever to make it further. In order to be able to realise these goals their transfer-panel is impressive. Dragan Adzic is still the headcoach and he can work best with Balcan-born players, so Buducnost signed Serbian, Montenegrin, Slovenian players and one Norwegian, Emily Stang Sando being the first ever Norwegian to play in Montenegro. Radicevic and Mehmedovic returned from Romania, Sanja Damnjanovic (Vujovic) will make her comeback after maternity leave, Barbara Lazovic moved to Podgorica from Bucharest and Sando left København Håndbold to be able to play in the CL for a strong team.

The German champion got their domestic title in a very close race against Thüringer HC (only the goal difference has decided the champion) in the previous season and after they did not manage to qualify to the Main Round in the CL, their goal is to improve in the competition too and to give their headcoach Martin Albertsen a nice farewell gift (he starts his last season with team, moving afterwards to Switzerland for a new job).

The core of the team has remained unchanged, they transferred only a few new players to strengthen the team, but their biggest strength could still be the continuity and stability in the team. German, Dutch, Norwegian, Danish and Polish players are in the squad with a single player from Azerbaijan.

The French runner-up are playing their second season in the Champions League and after a mediocre performance last season they aim higher. Brest made some important transfers on goalkeeper, leftback, leftwing and rightback positions. But they lost Allison Pineau who had some disagreements with the headcoach and the management of the club, leaving the team and continuing her career in Issy Paris. Isabelle Gullden has become a mother and she trains hard to get back onto the court. Cleopatre Darleux is also expecting her first child, for her replacement arrived Sandra Toft from Denmark. They still have a strong squad, this season could be the real breakthrough for Brest Bretagne.