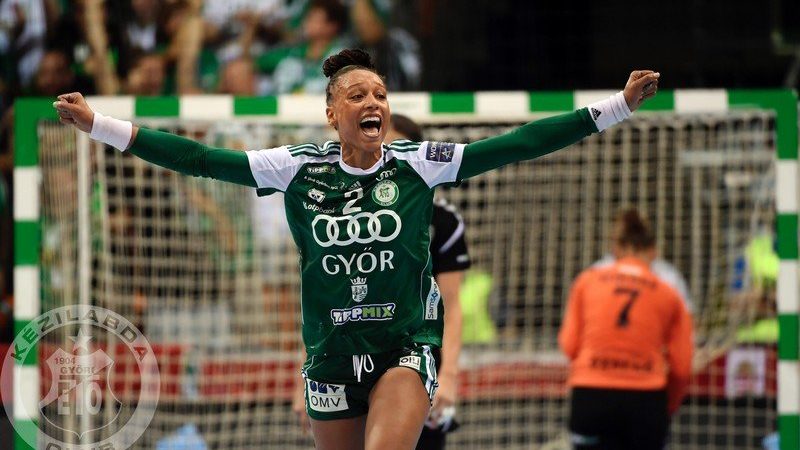 The title-holder of the DELO Women’s EHF Champions League is still the biggest favorite of this competition and they got a very easy group draw. The team of Győr has mainly remained the same. Nora Mörk and Crina Pintea left the team and moved to Romania, strengthening one of the biggest rivals of Győr, but new experienced players has arrived which can help both in defense and attack, giving the needed depth for the squad, which fits perfectly for headcoach Gábor Danyi to continue playing the tempo-handball seen in the previous season.

Injuries were not missing at the start of this season neither, Eduarda Amorim suffered a finger-injury and had to take several weeks break, meanwhile Veronica Kristiansen is still not fit enough to be able to play fully. Amanda Kurtovic is still in the recovery period after the ACL-injury suffered least November, but she will be back on track during the fall. Kari Aalvik Grimsbø is in recovery also, after a knee-intervention and Jana Knedlikova hd also a muscle injury not being to work with the team.

The goals at the club are still the same, winning everything on the domestic front and reaching the Final 4 in Budapest and defending the trophy.

The new-arrived players (Nze Minko, Kurtovic, Bulatovic, Edwige, Faluvegi) are representing a different style and handball-culture, but we guess the speed will be unchanged and the defense could be even stronger than before.

The Slovenian champion is a well-known and constant participant of the CL, without very big performance in the last seasons. The club is building the team on reliable, young Slovenian prospects and national team players like Tamara Mavsar, Polona Baric or Nina Zulic. Their biggest loss this season is the loss of Tjasa Stanko, Olga Peredery and Tsakalou, all leaving to Podravka. New players has arrived to the team, young talents from surrounding Balkan countries, but also a Slovakian , an Ukrainian and a Dutch player. The goal of the club in the CL is reaching the Main Round, which is possible looking at the group. This is the youngest squad ever of Krim in the CL, the average being around 22 years.

The Swedish chapions has a long tradition in the groups phase of the CL, this season they made it to the groups directly as champions. The squad is built on mainly Swedish players, with only two Danes. This is a young team, not having so many experienced players in CL, only Emma Ekenmann-Fernis and Elin Karlsson having several seasons played in this competition.

The Czech champion reached the group phase of the CL after winning the qualification tournament in September and suddenly realizing the club’s first ever Cl-participation. They are the outsiders on paper in this group, with Győr as title-holder, Krim with a huge experience in the competition and IK Savehof, also much more established in the CL. But the performance they showed in the qualification tournament could give them real hopes and maybe they can aim to qualify to the Main Round.

They won the Challenge Cup in the past (2013) but have had only moderate success in the EHF Cup.  But they can produce surprise due to their consistency as nobody left the club before this season and if they can avoid injuries it can be a fun season for them The team got a new sport hall to play in, Sportovni Hala.