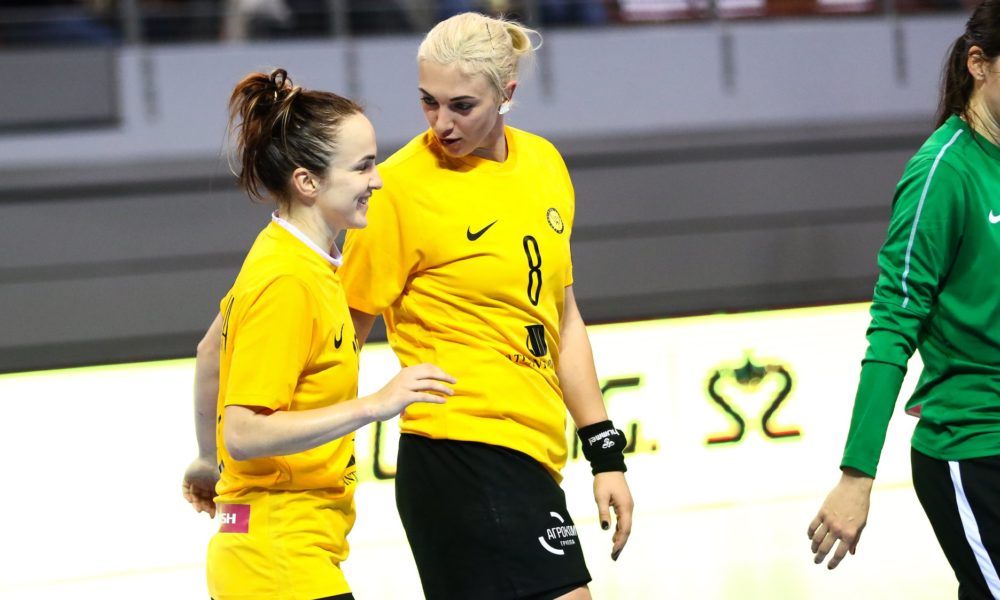 An exciting match, a big fight – with two excellent defensive systems and two masterminds in the attack: Andrea Lekic for CSM and Anna VYakhireva for Rostov, this how was the first half like in Bucharest. Rostov had the lead for the most of the time, the most significant advantage they hade at 6-9, but hosts managed to level the game quickly and to keep close to their opponents. Anna Vyakhireva scored eight (!) in the first half and she had an important role in most of her team’s goals. Denisa Dedu had a good first half, Lekic steered the play for Romanians. The first half ended with one goal lead for the guests, 13-14.

The second half was one very poor in scorings, Rostov managed to score first in the 40.minute of the game due to a brilliant Grubisic in the goal, CSM Bucuresti had the lead by one goal in the first quarter of the second half. Both teams had the chance to close the game, but the match ended in a draw, 23-23.