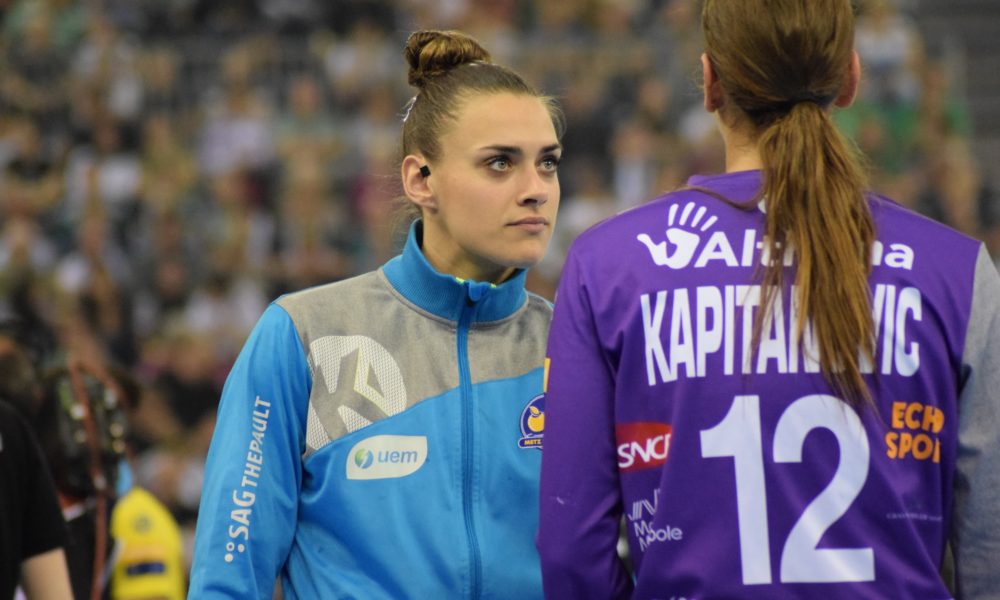 FTC seemed to be recovered after the first rounds defeat in Norway against Vipers, and after a quick Metz-lead 0-3, the Hungarians fought back and took the lead 4-3, 7-6, gaining afterward a four-goal lead, 11-7, 12-8, 13-9. Katrin Klujber showed an excellent performance in attack, scoring most of her teams’ goals, for the guest Burgaard, Zaadi, Peredery were the most efficient players. Headcoach Mayonnade called a time-out in 20.minute and his instructions and changes showed the right path for his team as Metz managed to level the game 14-14 and finished the first half in advantage, 16-20. Astrid N’Gouan collected three 2-minute suspensions in this half and was excluded with a red card, meanwhile Laura Glauser suffered an unfortunate injury during a running effort in order to try to save her team from an empty-goal scoring. It seemed to be a knee-injury.

The second half was not any different from the last ten minutes of the first period, Metz kept their advantage then increased it to seven-goals, 18-25. FTC tried to make some changes, but their defense was not working at all and in the offensive phase, only Klujber had the right pace to overcome the solid French defense. FTC kept fighting in front of their crowd, but they never really had the chance to be able to win this game. Final result: 28 – 34.