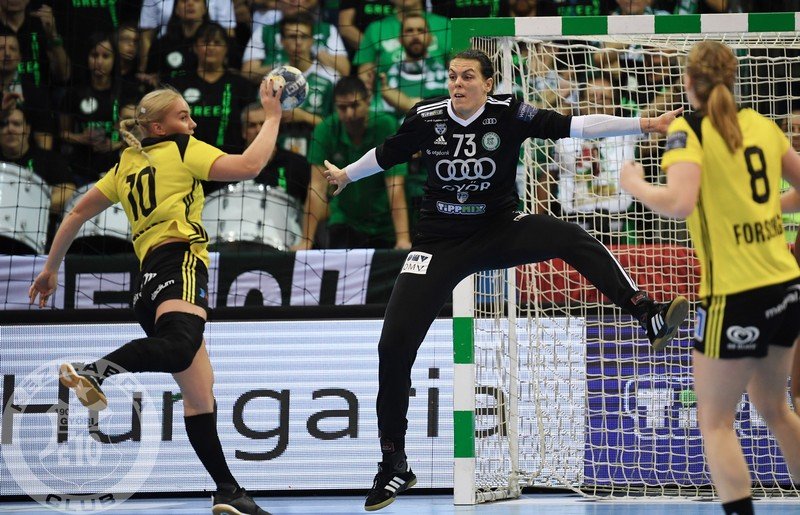 Győr arrived as clear favorites in Ljubljana, but Krim managed to put a brake, stopping successful the tempo-handball of the Hungarians in the first half of the match. Krim played a clever game, trying to slow down the pace, by having long attacks and making good returns. Győr was pressured to make many mistakes, Krim had also chances for scoring, but Éva Kiss had a fantastic day in the goal, stopping Slovenians often. Eduarda Amorim and Anne Mette Hansen were the main scorers. Halftime: 9-13.

In the second half, Krim could not resist any longer to the pressure of Győr, who managed to run through the hosts, after the good defense, scoring easy goals. Oftedal, Amorim and Nze Minko were efficient, meanwhile, Amanda Kurtovic got to score her first goal for Győr after a 7-meter. In the end the tempo was too much for Krim, the match ended 21-33.