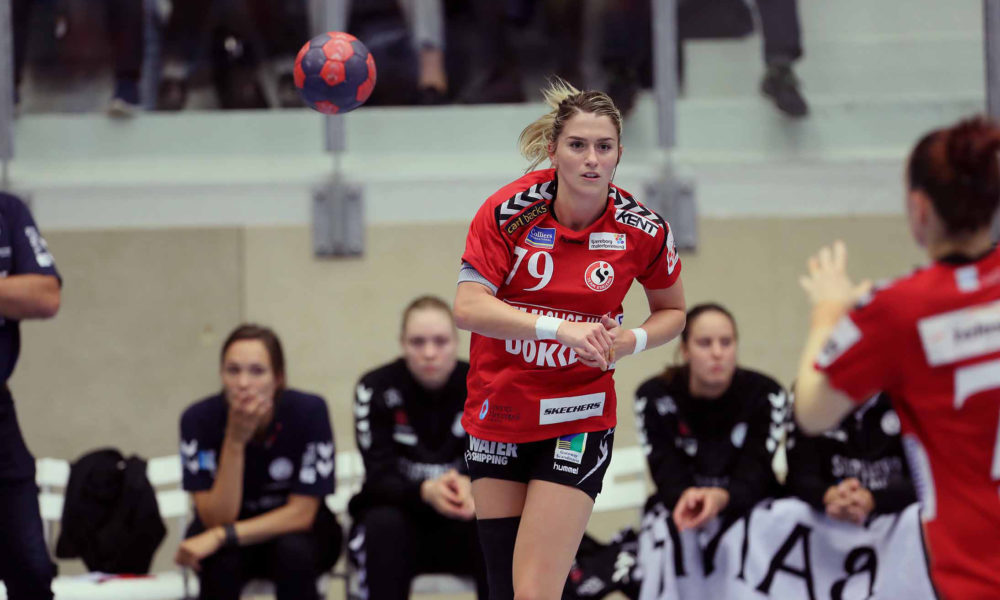 Rostov Don arrived in Denmark after a tough game last weekend against CSM Bucuresti, which ended a draw. Team Esbjerg defeated Lublin away.

Rostov is missing their best player, Anna Vyakhireva, because of an illness, so Esbjerg has the chance to produce a good result, even a surprise in this game.

According to this Danes took a storming start, leading 4-2, 8-4, 11-5. Ambros Martin called timeout, but his team had problems in defense, goalkeeping was weak and even more struggle in the offensive phase. Esbjerg had a good flow, Poulsen showed a strong performance in the Danish goal and the scoring was equally shared among the players. Rostov had only Managarova, Sen and Kuznetsova really on in attack. Team Esbjerg collected a significant lead before the break, 16-11.

In the second half Esbjerg continued at the same tempo, Rikke Poulsen saved important shoots, and Rostov continued to struggle in both phases of the game. Ambros Martin seemed to not have the solution this afternoon, meanwhile, for Esbjerg Estevana Polman, Sanna Solberg or Vilde Ingstad showed a good performance. Four goals were the closest the Russians could get, 26-22 was the result when 10 minutes was left of the match. 27-23, after Sudakova scored, but Estevana Polman seemed to be unstoppable today, scoring whenever she wanted. Even Ambros Martin got a 2-minute suspension in the dying minutes and Esbjerg was on the right track for taking a big victory against the runner-up of the last season. Final result: 31- 26