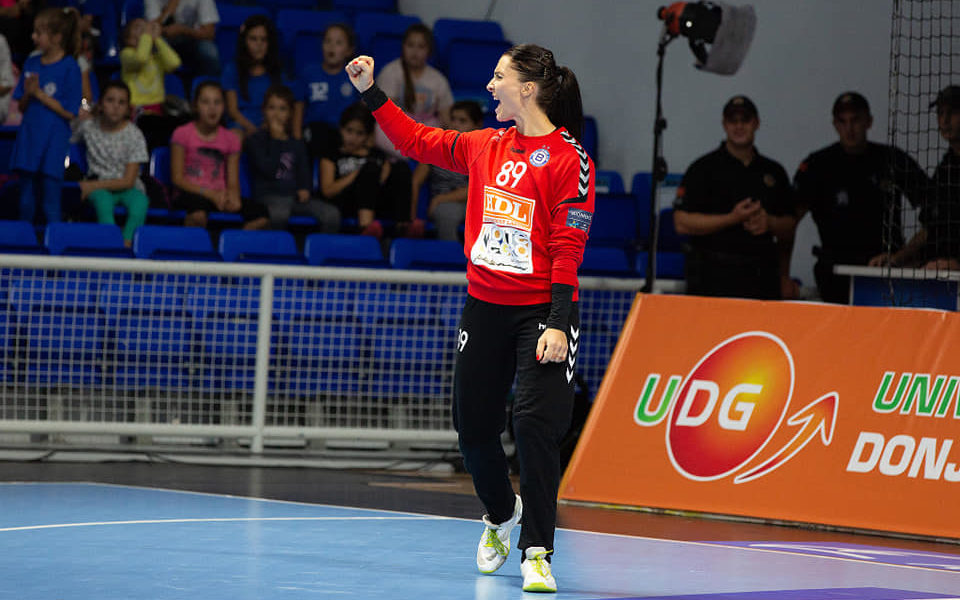 Buducnost took a slight victory in the previous round against Rm.Valcea, but today the Montenegrins arrived in Romania without two important players: playmaker Milena Raicevic and goalkeeper Marina Raicic. Despite their absence guests were already in lead from start, 3-6. Even if Valcea managed to get back into the match, and take the lead at 10-9, the first half ended with Montenegrin advantage, 10-13. Jovanka Radicevic seemed to be unstoppable, being an amazing leader once again for her team, meanwhile, Emily Stang Sando contributed with important saves in the goal.

SCM Rm. Valcea started better the second half, with goalkeeper saves and goals, getting closer to Buducnost and after 10 minutes taking the lead back, 16-15. Brazilian Da Silva and lineplayer Elghaoui took important roles, but the team played almost the entire game without replacements and made a lot of unforced mistakes in the attacking phase. Romanians had also problems with scoring on 7 meters, Norwegian goalkeeper Emily Stang Sando saved three of five penalties (!). In the end, Buducnost leveled the game, 20-20 and Mehmedovic scored the winning goal, 20-21. In the dying minutes Rm.Valcea had two more chances to score, but they lost the ball in both attacking phases. Final result: 20-21.