Győr victory after a struggle against Krim 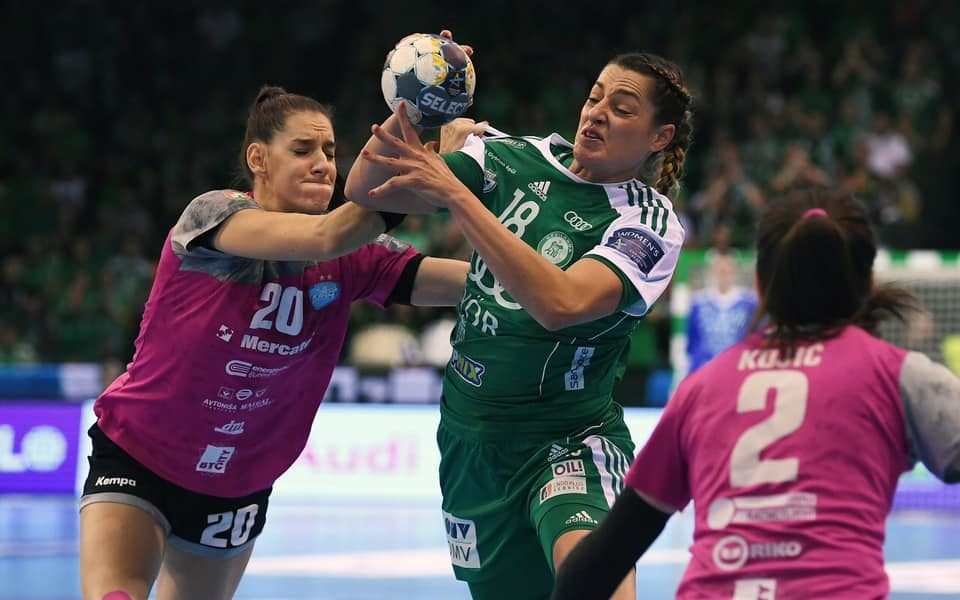 photo: gyorietokc
Győr victory after a struggle against Krim

Győr started strongly, had an advantage of five goals, 8-3, but after that somehow the offensive play stopped at the Hungarians and Krim managed to level the game 8-8. Slovenians fought exemplary and managed to stay close, the first half ended 13-13. The Austrian goalkeeper of Krim, Antonia Mamic made a good first half, but the host played very unfocused and with many mistakes. Anita Gorbicz made her comeback after an injury break, helping her team with the 7-meters, as no one else was able to put the ball behind Mamic from penalties.

In the second half was also a close race until the 45.minute, than Győr accelerated and increased the lead, 24-21. Oftedal, Amorim, Knedlikova or Nze Minko had important roles regarding to efficiency, Leyanud pulled out some saves and the final result was: