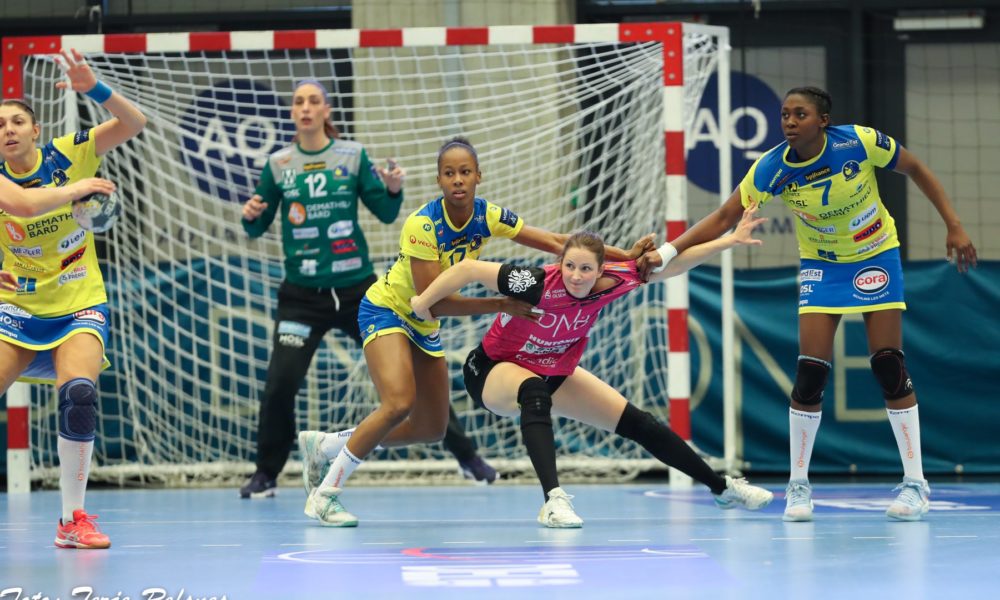 Metz started with 4-0, with a good defense and fastbreak goals. VIpers managed to score only 1 goal in the first ten minutes, but afterward, Norwegians came into the game. The Russian referees were very generous on giving 2-minute suspensions, both teams got three suspensions each. Metz’s most efficient position was the right-wing, where Luciano and Flippes scored 6 goals together, meanwhile, Vipers shared the goals. Half time: 12-10.

In the second half Vipers had a better start, took the lead 12-13, but Metz fought back and got the advantage again, 16-14. French side managed to increase the lead, 20-16, 22-16, with an exceptional Ivana Kapitanovic in the goal. Vipers were struggling in the offensive phase, Dahl, Tomac or even Løke had problems to get to the goal against a fantastic Metz defense and goalkeeping. Metz wins and takes the lead of the group A.