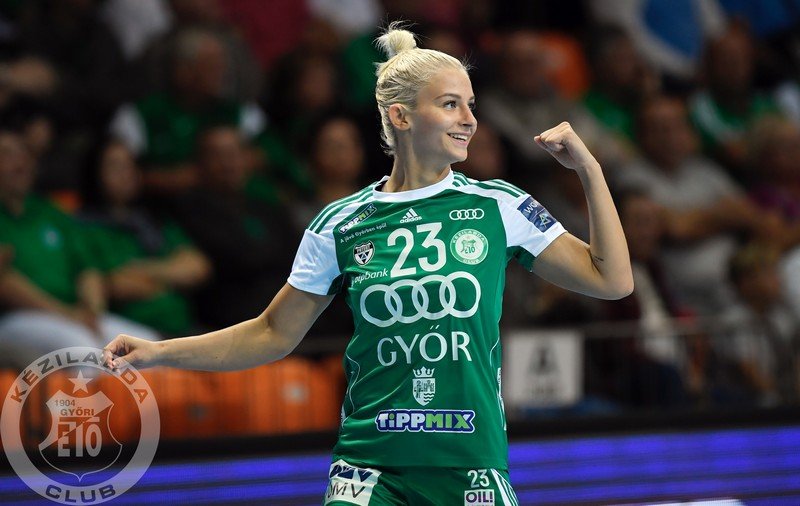 The last round of the Hungarian League was played this weekend and it was the first encounter between the rivals FTC and Győr this season.

FTC started better the match and had a slight advantage until 9-8, than guests equalized and took the lead 9-10. Half time result: 13-12. Goalkeeper Blanka Bíró made a fantastic first half and Kovacsics, Háfra and Schatzl scored the goals. For Győr Oftedal was the leader, but they were unable to score from the wings against Bíró, missing six-seven chances in the first half.

In the second half, FTC took a flying start and increased the lead to five goals,17-12. Headcoach Gábor Danyi made some changes in the offensive play after a time-out and started to play by two lineplayers and two speedy playmakers. This was the turning point of the match when wings got much more space and managed to improve from the first half very weak performance, scoring eight goals by Bódi and Fodor. 23-26 was the result when FTC tried some changes also, but they never managed to get closer than one tiny goal even if Lukács on the right-wing had the last chance to equalize, but Éva Kiss saved the shoot. Final result: 27 – 28.