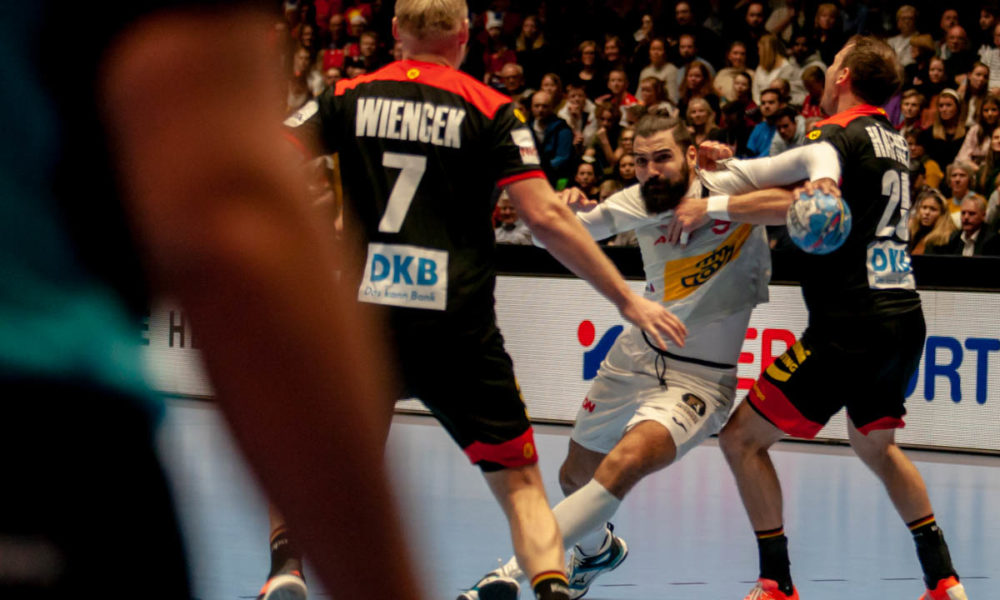 The final of the group will give points to the winner and the chance to go through from the Main Round towards semifinals. Germany has beaten the Netherlands meanwhile Spain defeated Latvia in their first matches.

Spain opened with a 7-2, Germany was struggling against their offensive defense, Alex Dujsebajev was very efficient for Spaniards. Perez de Vargas saved most of the German shoots, only Gensheimer could score. After 10-4 Germany managed to get back in the game, with a more opened defense and a goalkeeper change where Bitter replaced Wolf. Germans closed the gap 11-9, but Spain won the first half 14-11.

In the second half, Spain continued the same way and there was no solution to stop them, Spain winning with a seven-goal difference and getting the two points.

Jordi Ribera (ESP): “I am very satisfied with my teams’ performance, we played very cleaver and we defeated a very strong team. We did a good job in every element of the game, even if the first half when we had some problems. We had a good defense, managed to change the defensive systems luckily, helped our goalkeeper and managed to score easy goals. The competition is very long, we are going to have many matches, we need to rest and recover on the best possible way.”

Christian Prokop: “Spain took a deserved victory, we did not play well, we have been weaker in every segment of our play. We have to accept this defeat, we need to prepare even more and even better, and hopefully, we will manage to qualify to the Main Round.”

Load More... Follow on Instagram
Croatia, Hungary, and the Netherlands with victories
Surprising victory for Iceland against Denmark, Montenegrin win in Balcan-derby