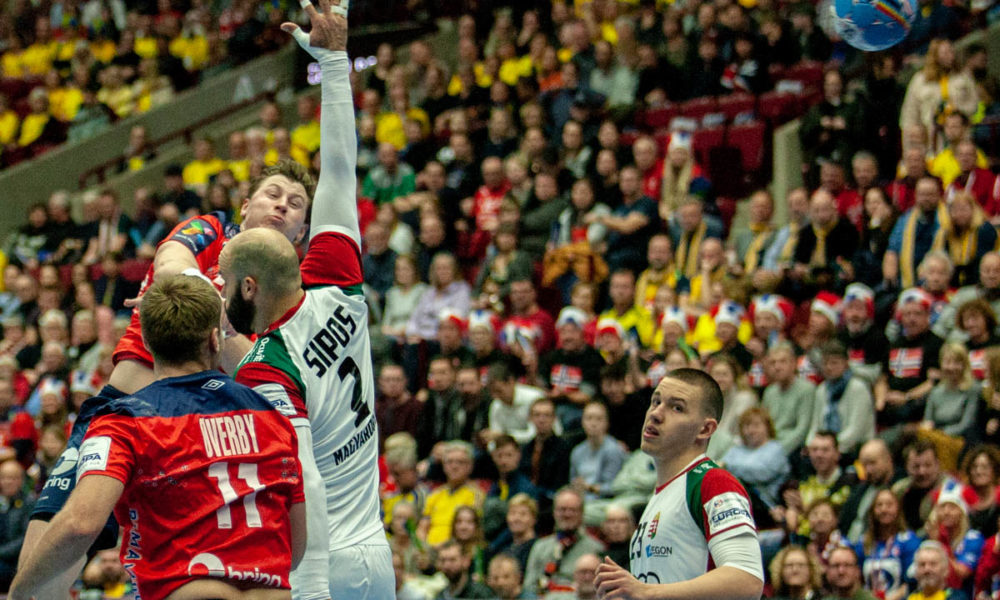 Norway seemed to be taken the opponent seriously from the beginning, and their tactics as fastbreaks and running combined with a hard defense worked spotlessly. Sagosen and company quickly took the lead 4-0, 6-1, 9-3, with goals from Johanessen, Sagosen, Rød. Hungary was not able to score, they took bad choices and were weak in defense also. 15-5 was on the scoreboard after 17 minutes, Mikler was replaced by Szekely in the Hungarian goal and even if Berge made many replacements in his team, Hungary was kept under control. Half time: 20 – 12.

The second half started with Hungarian goals and a direct red card for Bence Banhidi, at the same time a finger-injury for Magnus Rød. After ten played minutes Hungary reduced the gap to 23-19, with a good performance from Szekely in the goal. Norway seemed to be lost the intensity fro the first half, but they recovered quickly and had a bigger lead again. Johanessen, Sagosen, Jøndal or Reinkind did an amazing job and Norway finished with victory: 36 – 29.