Croatia finalist after a crazy match against Norway 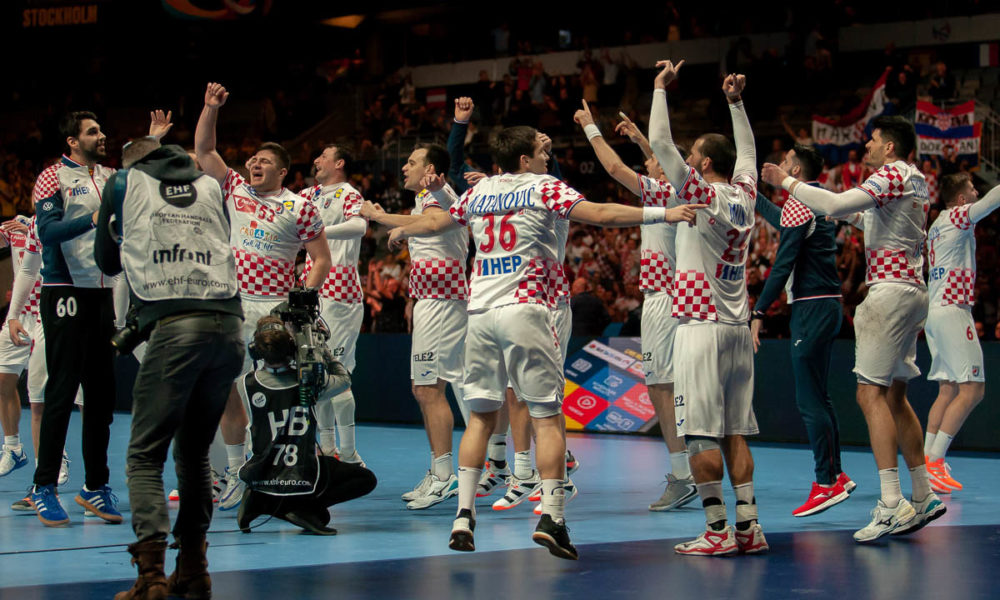 “It will be a hard and physical game. We played several times against Croatia and it were always tight games. We lost the last match at Croatia, but I really have to say that I am looking forward to this game and to have fun.”

“It has always been tough games against Norway. We expect very fast and strong Norwegians. They play the whole tournament with good attack and many goals, so we need a good defense.”

The first was clearly dominated by Croatia both in defense and attack, as line player Maric has scored 5/5 and Norway struggled in the positional attacking play. Sagosen scored 4 goals, but BJørnsen, Reinkind or Øverby had problems finding the goal. Marin Sego delivered an amazing first half in the Croatian goal (55%), putting a stop in front of Scandinavians’ attack. Norway was stopped to be able to do fastbreaks, 10-12 at half time.

Croatia leads 10-13 in the second half, but Norway fought back and with Eivind Tangen on the right-back position leveled the game, 15-15. Norway took the lead in 42.minute, 17-16, after a 7 meter from Sagosen. Duvnjak en co. took back the lead 17-19. It was a high-intensity period, with ups and downs for both teams, leading one after the other. 19-19, 19-20, then 22-21 for Norway. Torbjørn Bergerud made Karacic look struggling, but Asanic saves also a 7 meter against Sagosen. 22-22 again, when Duvnjak scored with 3 minutes left of the match., and 22-23, Duvnjaks sixth goal. Jøndal failed to score on penalty against Asanin again, but also JØndal leveled the game from the wing, half minute before the end, 23-23. Duvnjak had the last shoot, but Norway defended well and the semifinal goes in extra times.

In the extra times, there was an exciting fight, both times scores and misses, the goalkeepers saved, Sagosen and Duvnjak did everything for their teams, but in the last, fourth extra-time none of the team managed to score, until the last 5 seconds, when Musa found the net and sent Croatia to the final. Disappointed Norway has to play for bronze.

Load More... Follow on Instagram
Norway defeats Slovenia and avoids Spain in the semifinal
Spain into the final by defeating Slovenia