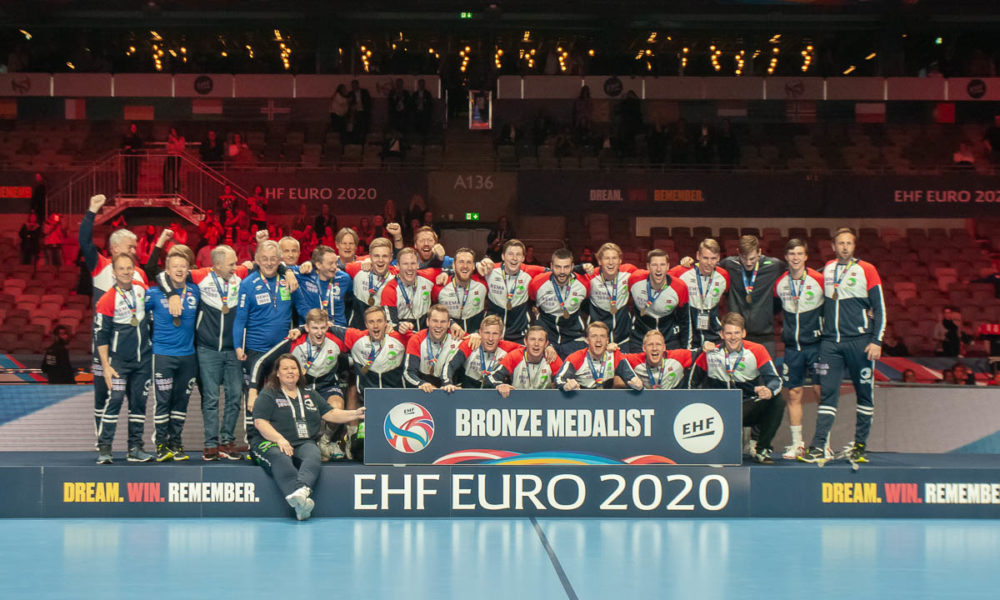 For the first time, in the history of EUROs the bronze match is organized the day after the semifinals. As a result of that two, very exhausted teams arrived at this match: Norway had an 80-minute game in the semifinals against Croatia and Slovenia fought until the end against Spain. Both disappointment and tiredness has played a role in the quality of this bronze match. The speed, the intensity and the number of goals were lower, and the performance of the two goalkeepers, Bergerud and Ferlin were good. Sagosen did not play so centra role for his team today, but Jøndal, OSullivan or Bjørnsen contributed to the victory of their team.

Norway has never managed to win a single medal in the history of the EUROs, so this bronze is historical for the Norwegian men handball.

Norway also qualifies directly for the next year’s World Championship in Egypt.