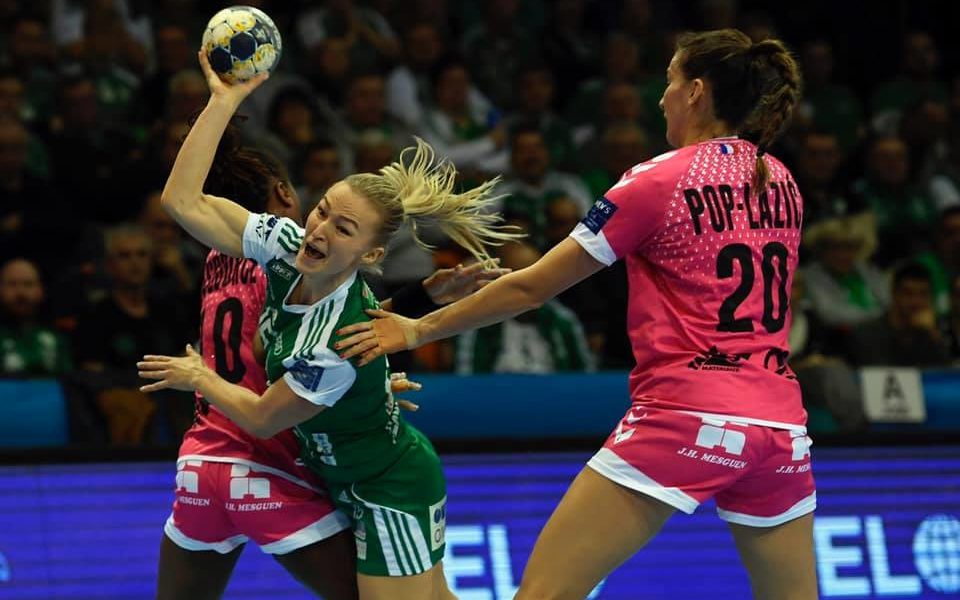 Brest took a storming start in Győr which lost against Siófok in the Hungarian League earlier this week. Led by Gros and Toft had a six-goals lead 4-10, 5-11, 6-12. Győr had problems with the goalkeepers, none of them were able to help the team, ended the first half with 6% saves, meanwhile on the other side Toft had 39%. After 15 minutes played, Győr showed a more determined defense and Oftedal came on court to speed up the game, followed by Kristiansen and Amorim. The last ten minutes looked better for the title holders and reduced the gap to only two goals, but if they want to win this match needs more help from Kiss and Leynaud, and better defense.

The main reason for the draw from the Győr’s side was the lack of goalkeeper performance, 10% vs. 34%, the unusual view of the Portuguese referees on the game called handball and the fact that the team of Győr plays very weakly this January.

Rm. Valcea and Buducnost starts with victories in the Main Round
Vipers and Heidi Løke has a goal – to win Champions League before 2023