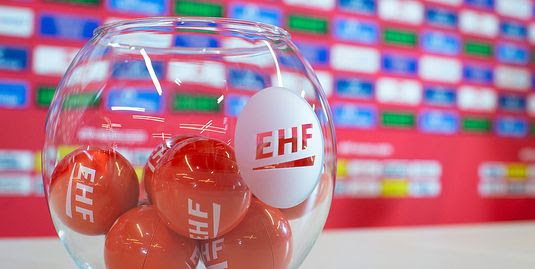 The final tournament draw for the Women’s EHF EURO 2020 takes place on 18 June, broadcast live from Vienna and with 16 participating teams eagerly awaiting their opponents

With the 16 teams participating at the Women’s EHF EURO 2020 in Norway and Denmark (3 to 20 December) confirmed, the European Handball Federation on Thursday has published the procedures for the final draw tournament which is scheduled for 18 June at 11:00 hrs.

The 16 teams have been seeded in the four pots according to the final ranking of the Women’s EHF EURO 2018.

The organizers have decided that Denmark will play the preliminary round in Herning (group A), while Norway will play in Trondheim (group D).

The ‘Trondheim Spektrum’ also hosts group C to which the Netherlands has been assigned. Sweden will play in group B in Frederikshavn.

The main round venues are Stavanger in Norway and Herning in Denmark. The final weekend takes place in the Telenor Arena in Norway’s capital Oslo.

With the 2020 Olympic Games in Tokyo being moved to the summer of 2021, the Women’s EHF EURO 2020 has gained additional importance as it takes place only a few months ahead of the all-important Olympic qualification tournaments in March 2021.

At the EHF EURO 2020 in December, teams that have already qualified or are in the run for a spot at the Olympics will meet other teams already starting the new cycle for the Olympic Games 2024.

A legend retires: Kari Aalvik Grimsbø played her last games, she will be missed
Jana Knedlikova signed with Vipers