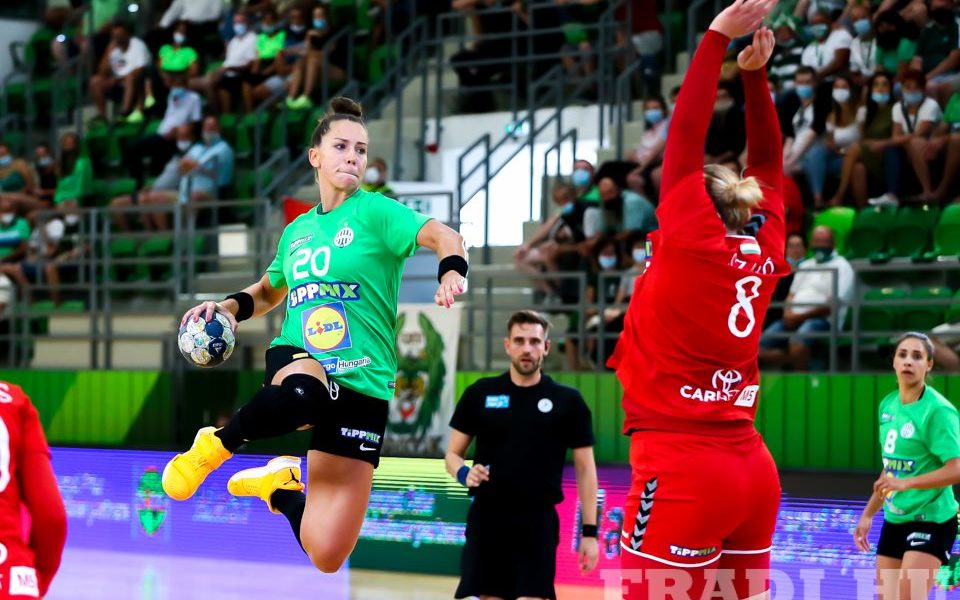 The Hungarian team ended up on the third place in the domestic race after Gyor and Siofok, but has reached somehow luckily the CL groups. The 2019/2020 season got to a sudden end due to the covid-19 pandemic and the Hungarian Federation declared the season as non-existing and the teams qualified to the European Cups based on the previous seasons results.

The club managed to reinforce the squad substantially with many changes compared to previous years. Four new foreign players have been transferred, three from Germany: Bölk, Stolle, Behnke, and one from Netherlands, Malestein. Lukács left the club after ten years, moving to Győr, Snelder moved to Siófok, Szemerey, Hornyák, Klivinyi, Christensen, and Malovic were also let to go.

The squad looks better covered now on every position, Gábor Elek having the possibility to rest the key players more and to build up to equal-quality lines. Szucsánszki is fully back after injury and maternity, the same is Szekeres and Tóth.

Alicia Stolle is struggling with a foot injury, she is in recovery and she could not play any of the preparation games this summer.

FTC starts against Rostov Don in group A on homecourt in Érd.