New draw for Győr in Brest 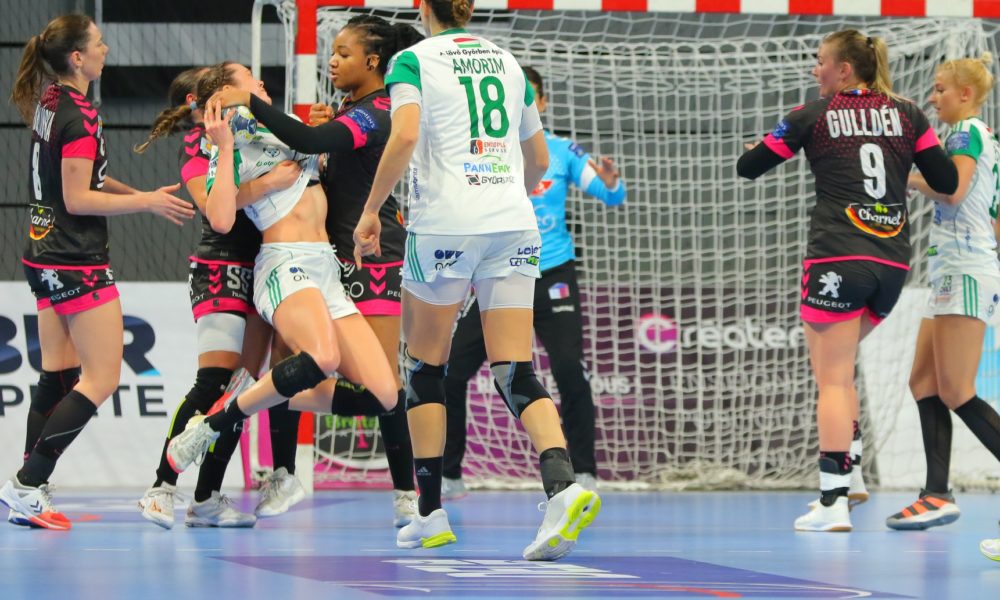 The first half was a close race , the two teams made mistakes, but managed to stay on track and 12-12 was the result before the break. Oftedal, Kristiansen, Kurtovic, Fodor were on the socring list for guest, for Brest mostly Gros, Niakate and Gullden were the most efficient.

In the second half, Gyor stated better, took the lead 14-16, but Brest fought back leading 20-17 after 46 minutes played. ana Gros was unstoppable as always, on the other hand, Gyor had a more balanced scoring panel with Oftedal, Hansen, Lukcs, and Nze Minko. Brest managed to increase their lead, 24-19, 9 minutes before the end of the game. The turning point was the entry of Solberg in the Hungarian goal and the fact that after an improved Gyor-defense, and many mistakes from the French side, Hungarians managed to win this period by 1-6, Lukacs netted four times in this period of the match, meanwhile Nze Minko and Oftedal put also the ball behind Toft.