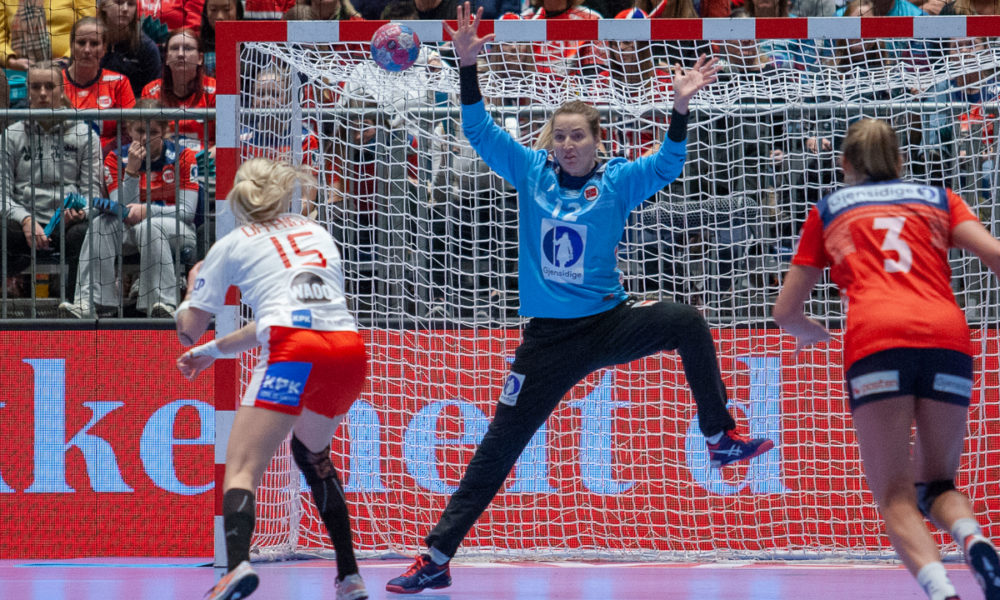 With a strong defesne and a fantastic Silje Solberg in the goal, Norway took a flying start and had 1-9 lead after 10 minutes against Denmak in Horsens. Oftedal, Brattset, Mørk and Herrem made the show, in defense Frafjord, Brattset, Kristiansen and Skogrand were remarkable. Denmark had severe problems to score, Maria Fisker managed to reduce the gap only from 7 meters, 4-14, 5-15 was the Norweagian advantage. The first half ended 8-16.

In the second half the Danish team looked to find the rhythm and managed to reduce the gap with an improved defense and goalkeeper play, and in the attack Hansen, Højlund, Rej and Iversen had better luck and managed to score. The second half was closer as result, the hosts managed to win it by 13 – 11.The match ended 21-27.