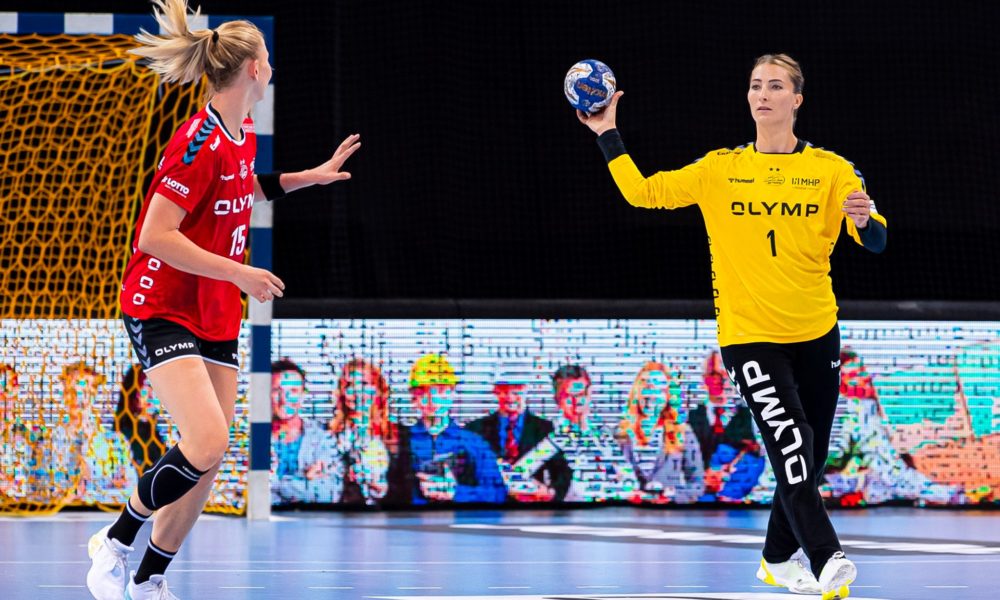 FTC with absences of Szucsánaszki and Márton, Bietigheim with their newly signed pivot, Snelder, but missing an injured Kudlacz-Gloc had the same starting chances to win this game. FTC were on home-court and Bietigheim after a bad series in the CL, without points before this round.

The first half seemed to be balanced, both teams had the lead and result was close for long, Germans took a three goal advantage before the break. Fast breaks and a good goalkeeper, Emily Stang Sando were the main strength of guests, meanwhile FTC played their quick game as always.

In the second half Bietigheim just had a new gear and a new attitude, with a good defense and many easy goals on fastbreaks, helped by a good Sando in the goal increased the lead quickly to 8 goals, in the first ten minutes and from that points there was no way back for them to get a big victory in Hungary. FTC seemed to stop compared with their opponent, only Kovacsics and in some periods Klujber and Bölk showed their capacity. Final result: 24 – 35