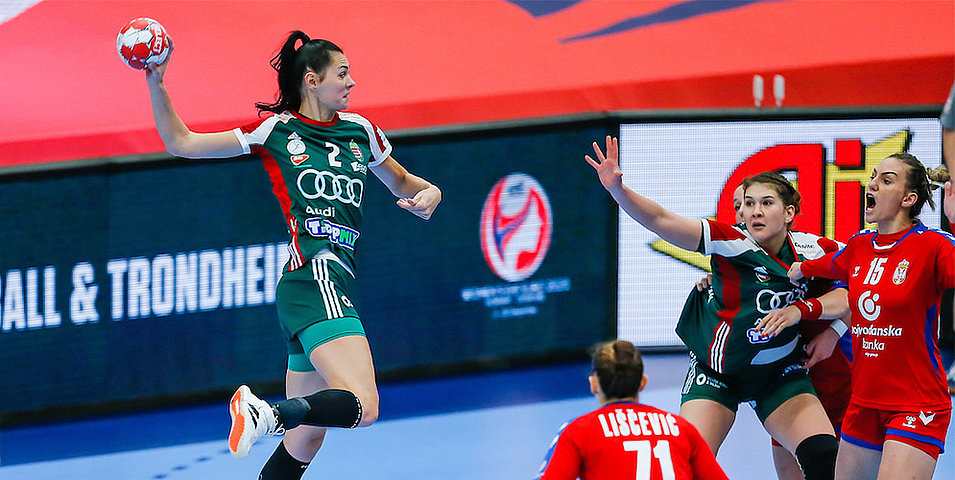 Hungary arrived after a demotivating defeat against Croatia in the first match, meanwhile Serbia won their postponed match against the Netherlands with a big performance. Hungary was absolutely in need for two points, Serbia had no much time for recovery and they lost Lekic with an injury.

Hungary had a good start, and with the help of Bíró in the goal and an outstanding Szandra Szöllösi-Zácsik, scoring from distance they took the lead quickly, than Schatzl and Lukács were efficient from the wings, and the play of Hungarians looked totally different than two days ago. With Tomori in the center of the defense Hungarians managed to make it also work this time and Serbian could not keep up with this overwhelmingly positive flow of the opponent. They tried again 7-6 play, but it was not working, probably their short recovery time could be blamed for this. Liscevic, Radosavljevic Krpez-Slezak and Lavko had some good periods, but tgye could not stop Hungary, winning this match: 26 – 38.

Katarina Krpez – Slezak (SRB): “Today we started badly, and unfortunately we did not have the same power and energy as yesterday to come back. We were tired, we could not sleep much and we could not prepare so much for this game.

“The group is very balanced, we will see who will make it to the Main Round, I believe in my team. We will prepare and do our best, after a good rest.”

Dorottya Faluvégi (HUN ) :” We are really happy with this victory, but mostly because every one of the team could show their best today, which was extremely important after the lost game against Croatia.

“We prepared the game properly, we followed the tactics and our agreements, winning this match in a way that can boost our confidence.”

Spain and Sweden shared points
Croatia won against the Netherlands too