Amazing Croatia in the semifinals 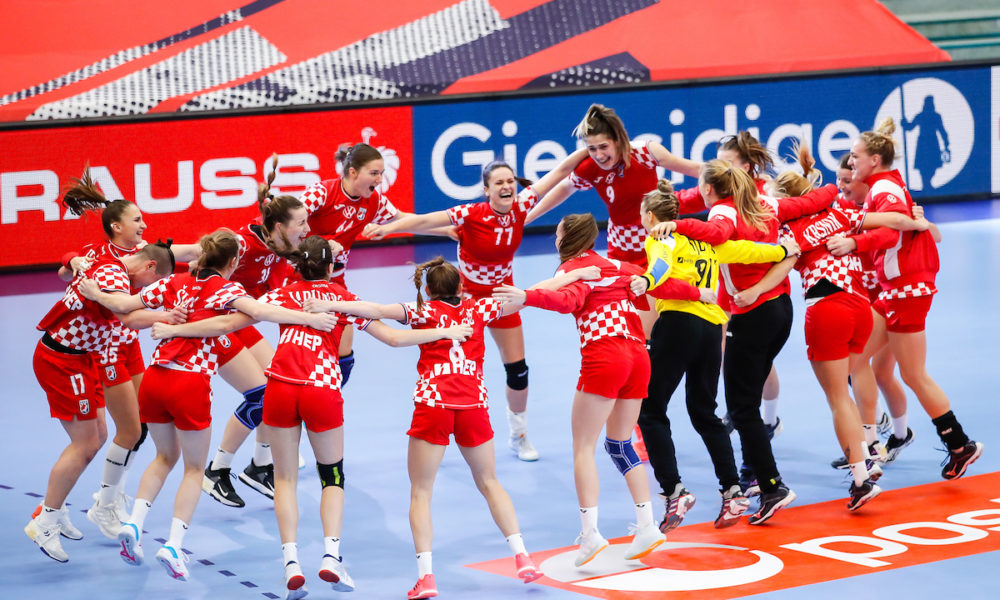 The match was decisive in order to get a semifinal berth. Germany had to win with 2 or ore goals, one-goal German victory, draw or Croatian victory would bring Croatian semifinal spot.

Germany had a better start, but Croatians were chasing and could stay close all the time. 8 – 8 after 23 minutes. Eckerle and Pijevic made a good match in the two goals, in attack Maidhof for Germany and Debelic for Croatia have been the most efficient. Germany had problems to come to the goal, but they were efficient from 7 meters, half of their gold in the first half were scored after 7 meters! Halftime: 12 – 12.

In the second half Croatia stopped Germany to be able to score with a good working defense, fight and aggressivity, meanwhile, Pijevic with her unusual goalkeeper style continued to keep a high level (50% at the end of the game) between the sticks. Germany scored one (!) goal in the first fifteen minutes of the second half, Croatia had a six-goals lead, 19-13 (46. minute). Germany needed 2 goals to win at least, so it was evident that their chance has become even tinier than at the start of the match. Croatia kept playing a disciplined game, Debelic, Micijevic, and Mamic had good efficiency, Germany tried to fight back in the dying minutes, but Croatians won and qualified to the semifinals for the first time in their history in the EHF EURO.