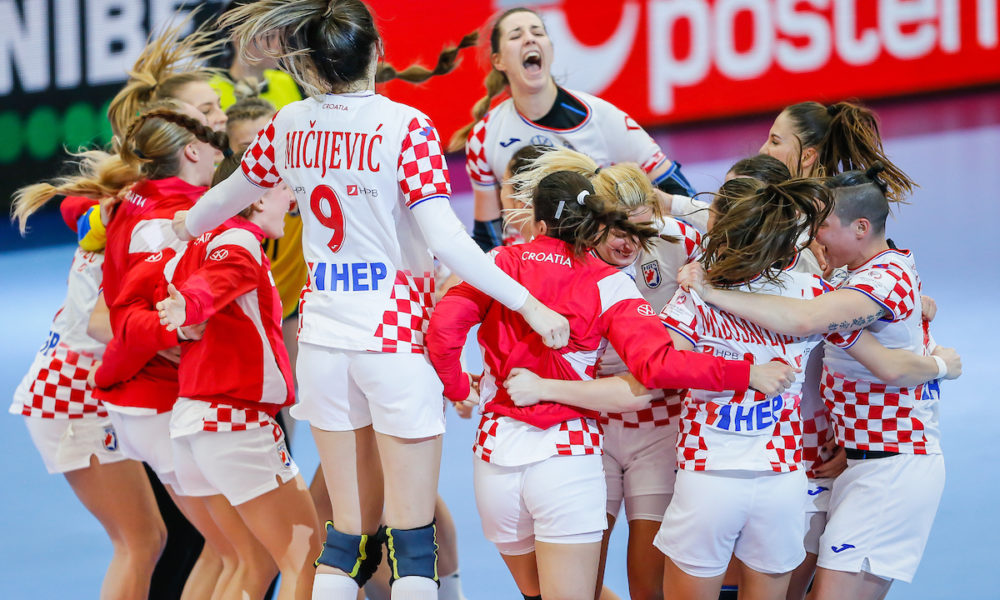 Croatia took a flying start on the bronze medal game, leading 3-0, 4-1 against the hosts. Denmark is considered a clear favorite in this match, but they starting nervous, only Hansen and Tranborg could find the way to Pijevics goal from long-distance shoots. Croatian goals were signed by Micijevic, Debelic, and Krsnik. Denmark manages to take the lead for the first time in the 12.minute, 4-5, Nolsøe scored from the wing. Hosts increased the difference 4-7, with a 5-0 run when Croatians were struggling to score.

Croatia had a period without goals for more than 10 minutes, when they also missed two 7 meters against Reinhardt. Despite this, the difference was only two goals, 5-7. But Croatia did not give up at this point, with goalkeeper saves from Pijevic and with goals from line player position, Katarina Jezic managed to level the game 7-7, then S.Posavec made it to a new lead, 8-7. Denmark looked paralyzed in this period, could not score and Jensen called a timeout. Denmark tried with seven players and succeeded finally to score by Iversen, 8-8. In the last 5 minutes of the match, the two teams were chasing each other, and halftime ends 11-11.

The second half has also brought a better start for Croatia, Micijevic scored and provided assists for the lineplayers, Debelic and Jezic netting behind Toft. 15-13, 16-14, 17-15. Hansen and Rej are efficient for Denmark, 17 -16, 17-17, 18-18 is the evolution of the score. Reinhardt replaced Toft in the Danish goal, but Croatia continued their disciplined play and scored one goal after another, meanwhile, the Danes did not manage to put the ball behind Pijevic from the 40.minute of the match, from 18-18 it becomes 25-18, 2 minutes before the end. Croatia takes a well-deserved victory and their historical bronze medals in the EURO: